Israeli defense minister claims there are 'no innocent people' in Gaza 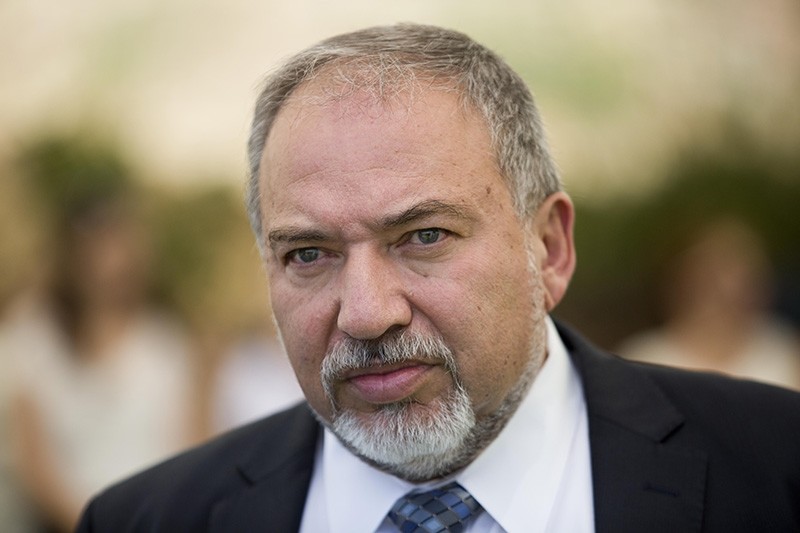 Israeli Defense Minister Avigdor Lieberman, who is known for his radical remarks against Palestinians and Arabs, said Sunday there were "no innocent people" in the Gaza Strip after 10 days of violence left 30 Palestinians dead.

"There are no innocent people in the Gaza Strip," Lieberman told Israel's public radio.

"Everyone's connected to Hamas, everyone gets a salary from Hamas, and all the activists trying to challenge us and breach the border are Hamas military wing activists."

Israel has faced mounting questions over its use of live fire after 10 days of peaceful protests along the Gaza Strip border in which its forces have killed 30 Palestinians, according to Gaza's health ministry.

Violence spiked again on Friday when Israeli forces opened fire as thousands protested along the border, and nine Palestinians, including a journalist, were killed.

On March 30, Israeli forces killed 19 Palestinians as a protest by tens of thousands led to clashes.

There have been no reported Israeli casualties.

Israel says it has only opened fire when necessary to stop damage to the border fence, infiltrations and attempted attacks.

But rights groups have harshly criticized Israeli soldiers' actions, and Palestinians say protesters are being shot while posing no threat to troops.

The European Union and U.N. Secretary-General Antonio Guterres have called for an independent investigation, which Israel has rejected.

Tens of thousands of Palestinians are participating in a six-week long border protest that will culminate on May 15, the day after Israeli independence day, which is marked by Palestinians as the "Nakba" or catastrophe.

EU Foreign Policy Chief Federica Mogherini said Friday that Israel's firing on the Gazans "raises serious questions about the proportionate use of force which must be addressed."