Israeli soldiers could be tried for killing civilians in Gaza: ICC 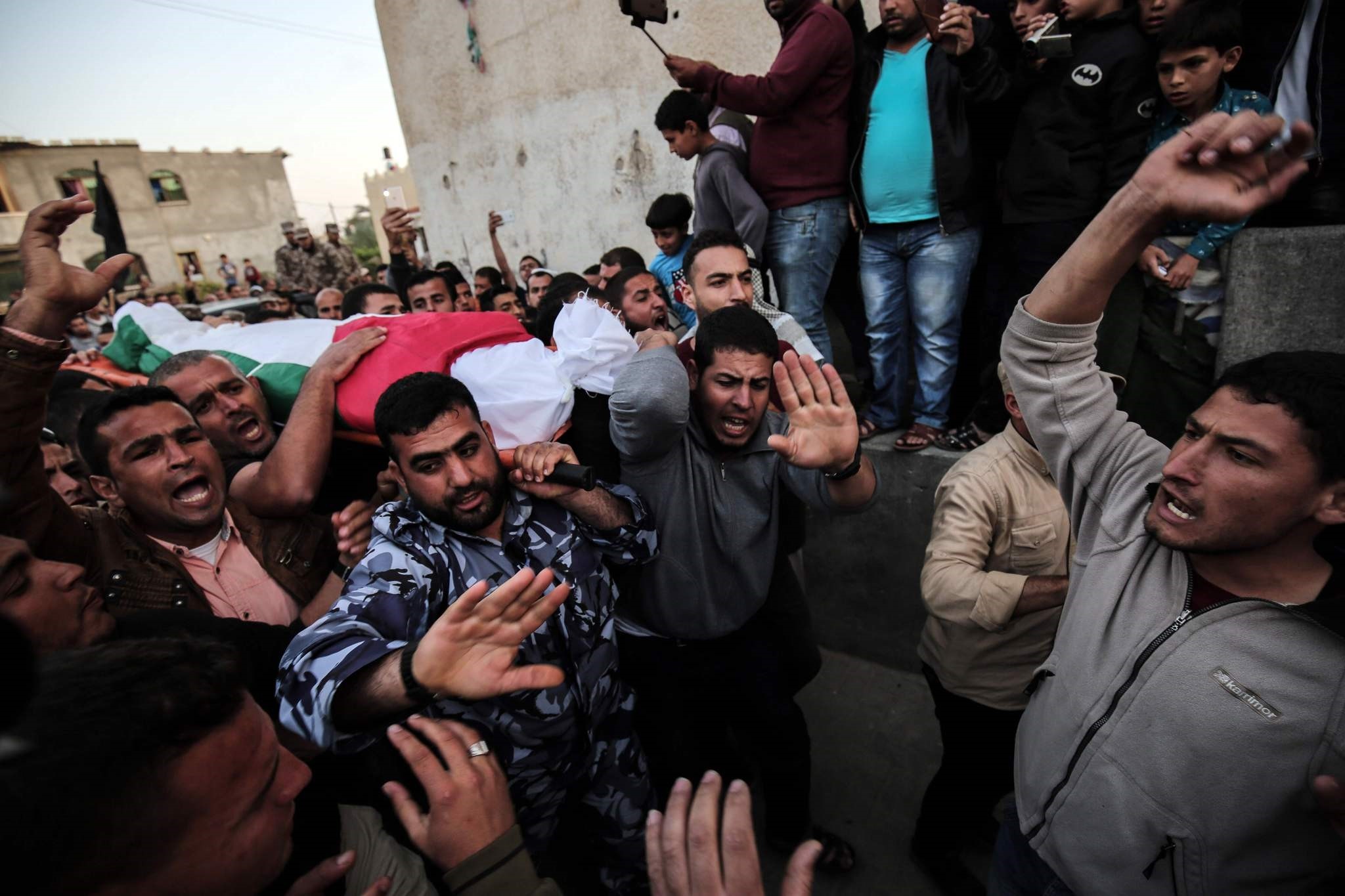 Palestinian mourners carry the body of Osama Qudeih, who was killed by Israeli forces on the Israeli-Gaza border, during his funeral in Khan Yunis, in the southern Gaza Strip, on April 6, 2018. (AFP PHOTO)
by Apr 09, 2018 12:00 am

The world war crimes court's chief prosecutor Sunday called for an end to ongoing bloodshed in the Gaza Strip, warning that the court could try those who commit gross atrocities.

"The resort to violence must stop," Fatou Bensouda said in a statement issued by the International Criminal Court, based in The Hague.

"Any person who incites or engages in acts of violence including by ordering, requesting, encouraging or contributing in any other manner to the commission of crimes within ICC's jurisdiction is liable to prosecution before the Court," Bensouda said.

Israel is facing mounting questions over the use of live fire that left some 30 Palestinians dead in 10 days of protests and clashes along the Gaza Strip border.

Violence spiked again on Friday, when clashes erupted as thousands protested along the border, and nine Palestinians, including a journalist, were killed.

Palestinian authorities signed up to the ICC's founding Rome Statute document in early January 2015 in which they accepted the court's jurisdiction.

Shortly afterwards, Bensouda announced she was opening a preliminary probe to determine whether there was enough evidence to launch a full-blown investigation into any alleged crimes committed in the Palestinian territories since June 2014.

Reacting to the latest escalation, Bensouda said "violence against civilians... could constitute crimes under the Rome Statute, as could the use of civilian presence for the purpose of shielding military activities."

Any new alleged crimes "committed in the context of the situation in Palestine may be subjected to my office's scrutiny," Bensouda said.

The ICC is the world's only independent permanent tribunal, set up in 2002 to probe the worst crimes including genocide, war crimes and crimes against humanity.