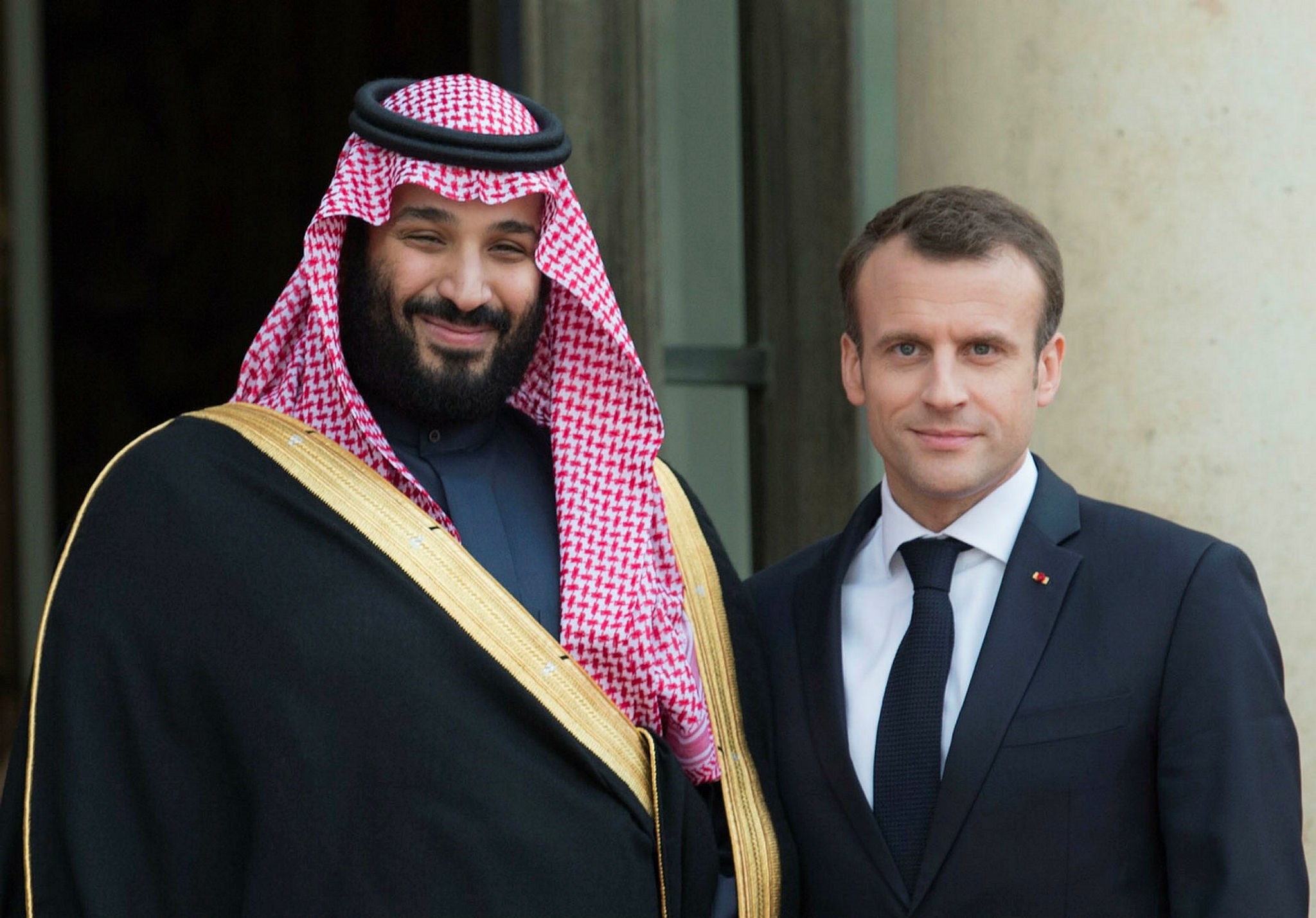 French President Emmanuel Macron said Tuesday he had agreed with visiting Saudi Crown Prince Mohammed bin Salman on the need to curb Iran's attempt to grow its influence in the Middle East.

At a press conference with the de-facto leader of Saudi Arabia, an arch-rival of Iran, Macron admitted to differences with Riyadh on the 2015 Iranian nuclear deal, but said the two agreed on the need to "limit Iran's ballistic activity and regional expansionism."

Saudi Crown Prince Salman and French President Macron had a private dinner in a restaurant in the Louvre museum on Sunday.

Macron and the prince, who is seen as the main power broker in the Saudi monarchy, toured an exhibition of works by 19th century painter Eugene Delacroix before their dinner, the source added.

Mohammed bin Salman recently returned from a tour of the United States, where he promoted his Vision 2030 program to diversify the Saudi economy.

Saudi Arabia was France's second-biggest client for both arms deliveries and new arms orders in 2016, according to official data.

Mohammed bin Salman, who was promoted to the position of crown prince in June by his father King Salman, has sought to portray himself as a reformer at home and abroad.

He is thought to be behind rules allowing women to drive and opening cinemas. The kingdom has also loosened rules on foreign investments.