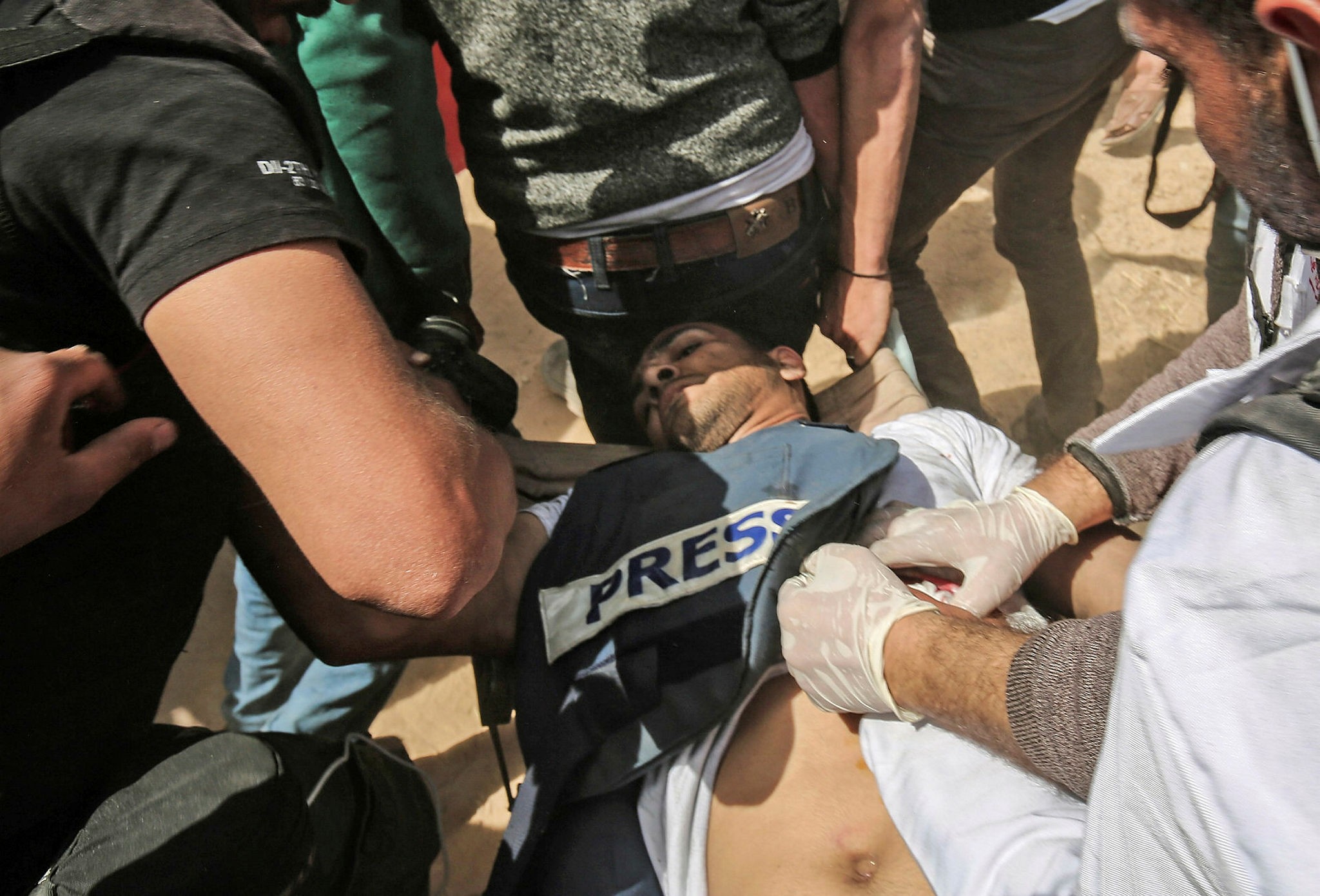 Demonstrators assist an injured Palestinian journalist Yasser Murtaja during clashes with Israeli security forces following a protest near the border with Israel, east of Khan Yunis, in the southern Gaza Strip, on April 6, 2018. (AFP Photo)
by Daily Sabah with Agencies Apr 10, 2018 12:00 am

Murtaja was shot by Israeli soldiers on Friday while covering a mass demonstration near the Israeli border. He was carrying a video camera and wearing a flak jacket clearly marked with the word "press" when he was shot.

Israeli Defense Minister Avigdor Lieberman said Tuesday that Murtaja was a member of Palestinian resistance group Hamas, without providing evidence to support his claim. Israel's military said it is still investigating and was not able to confirm Lieberman's claims.

The claim was immediately rejected by one of Yasser Murtaja's colleagues, who called the statement "ridiculous."

Murtaja, 30, was the co-founder of Ain Media, a local TV production company that has done projects, including aerial drone filming, for foreign media clients such as the BBC and Al-Jazeera English.

The State Department said Tuesday the grant was still in its early stages, and no equipment or technical assistance has been provided. It said the grant was vetted according to strict U.S. government requirements of USAID-funded assistance.

Israeli forces have killed 31 Palestinians since March 30 in protests and clashes along the border with Gaza, which has been blockaded for a decade.

Israel has rejected calls from the European Union, United Nations chief Antonio Guterres and other for an independent investigation into the deaths.

The army says its troops only open fire to stop attempts to damage the fence, infiltrations, bids to carry out attacks and at those seeking to harm soldiers.