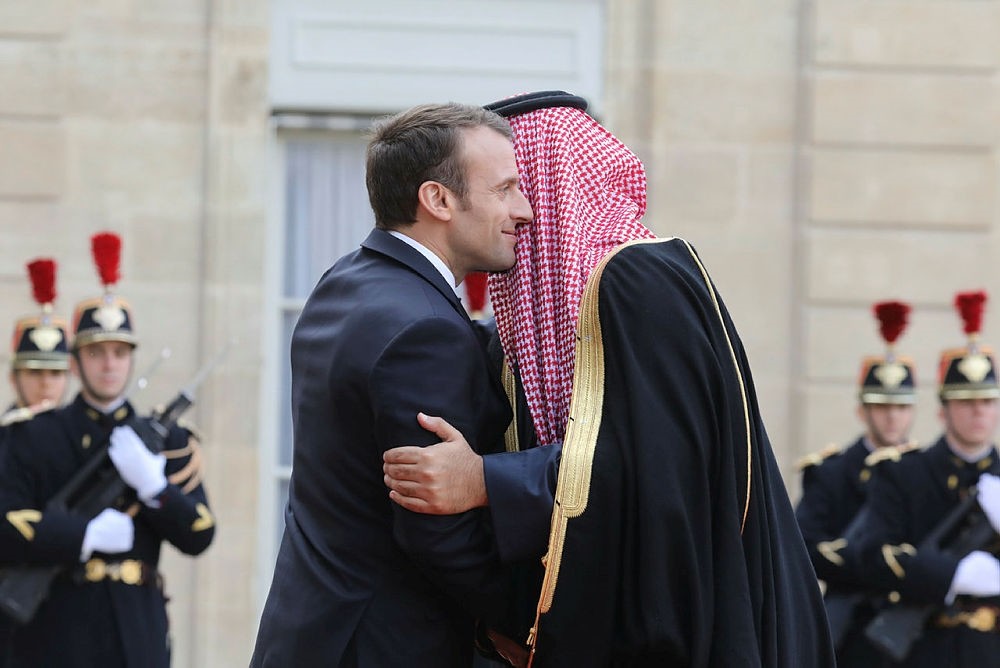 The statement came after the prince - who is also defense minister of Iran's main regional rival - appeared to chide French President Emmanuel Macron this week for supporting the 2015 deal to lift most economic sanctions on Iran in exchange for curbs to Tehran's nuclear program.

"As one of the signatories of the deal, France should avoid being influenced by the adventurous Salman and avoid listening to Riyadh's repetitive and false claims against the deal," Iran's Foreign Ministry spokesman Bahram Qasemi said.

Macron, speaking at a joint press conference with the prince in Paris on Tuesday, said he thought Iran's regional influence needed to be checked but did not think the nuclear deal should be ripped up.

The prince responded: "I hope the president isn't upset with me with what I am about to say, but we do not want to repeat the deal made in 1938 which resulted in the start of World War 2," in an apparent reference to the Munich appeasement deal with Hitler.