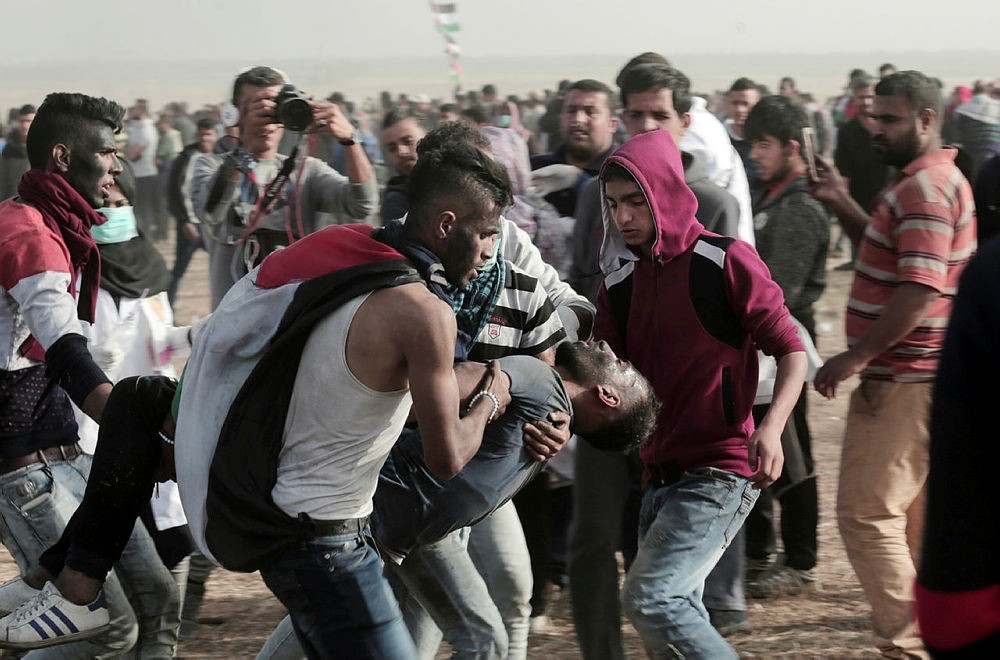 Israeli snipers targeting unarmed Palestinian protesters in the Gaza Strip will always carry with them the scenes that "they witnessed through the sights of their rifles," former Israeli soldiers said.

In an open letter published in the Guardian, five former Israeli snipers said that Israeli military's instruction to snipers to shoot to kill unarmed demonstrators "who pose no danger to human life is another product of the occupation and military rule over millions of Palestinian people."

"Harming innocent people in Gaza is part of what is needed to maintain the regime of occupation, and we must not allow it to continue," read the statement signed by Gil Fermon (formerly of Nahal 50th Battalion), Amit Goldberg, Nadav Weiman (Nahal reconnaissance unit), Avner Gvaryahu (Paratroops anti-tank unit), and Ron Zaidel (Nahal 931st Battalion).

"Only ceasing to militarily control the Palestinian people will bring this to an end," it said.

Some 33 Palestinians have been killed by cross-border gunfire by the Israeli army since March 30, when peaceful rallies began along the Gaza Strip's roughly 45-kilometer eastern border with Israel.

Demonstrators are demanding that Palestinian refugees be given the "right of return" to their towns and villages in historical Palestine from which they were driven in 1948.

The rallies are part of a six-week-long demonstration that will culminate on May 15. That day will mark the 70th anniversary of Israel's establishment -- an event Palestinians refer to as the "Nakba" or "Catastrophe".