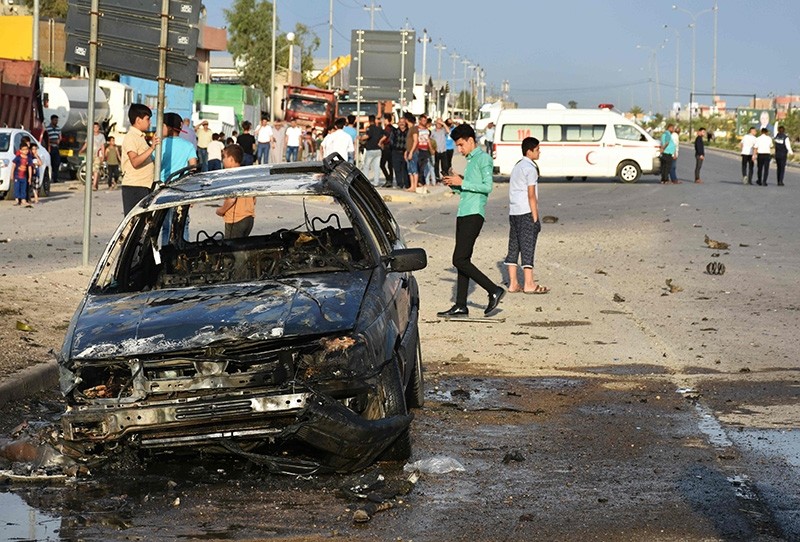 Iraqis check the damage at the site of an attack involving a moped laden with explosives against a convoy carrying an Iraqi election candidate in the city of Kirkuk on April 15, 2018. (AFP Photo)
by Daily Sabah with AA Apr 15, 2018 12:00 am

An Iraqi Turkmen Front's (ITF) candidate in parliamentary polls survived a suicide car bomb attack that killed one and injured 11 others in the northern Iraqi city of Kirkuk, a police official said on Sunday.

The incident took place in front of a used car showroom in Hadra district, from where the parliament candidate Ammar Kahya's convoy was passing by.

Kahya survived the attack without being hurt but two of his guards were among the injured, Kirkuk Police Director Ali Kemal told Anadolu Agency.