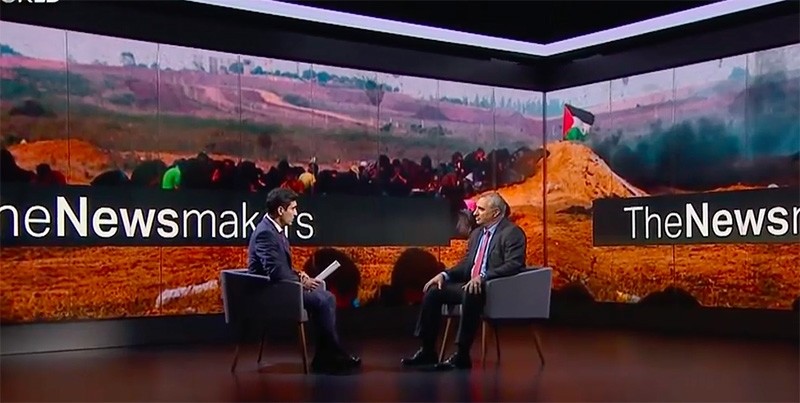 Israeli Ambassador to Turkey Eitan Naeh defended the killing of unarmed Palestinian protesters near the Gaza Strip border, saying that the Israeli army is the "most moral army" in the world.

Naeh told the TRT World's Newsmakers program that Palestinians running toward the border fence threaten the security of Israelis living in communities across the border.

"You would expect to be shot?" Imran Garda asked the Israeli ambassador, in response to his statement that the unarmed Palestinians running toward the border violate an agreement.

"There are procedures in place and if you don't stop, you will be shot," ambassador Naeh said, insisting that unarmed civilians posed a threat to border security.

Israel has been harshly criticized by the international community for using live fire against Palestinians, leaving some 30 dead in 10 days of protests near the Gaza Strip border.

U.N. human rights officials warned the country to avoid using excessive force against civilians, saying that firearms should only be used as a last resort, and unjustified recourse to their use may amount to willful killing of civilians, a breach of the Fourth Geneva Convention.

Israel has disregarded all calls and rejected a U.N. resolution calling for an investigation into its acts of violence in the Gaza Strip.