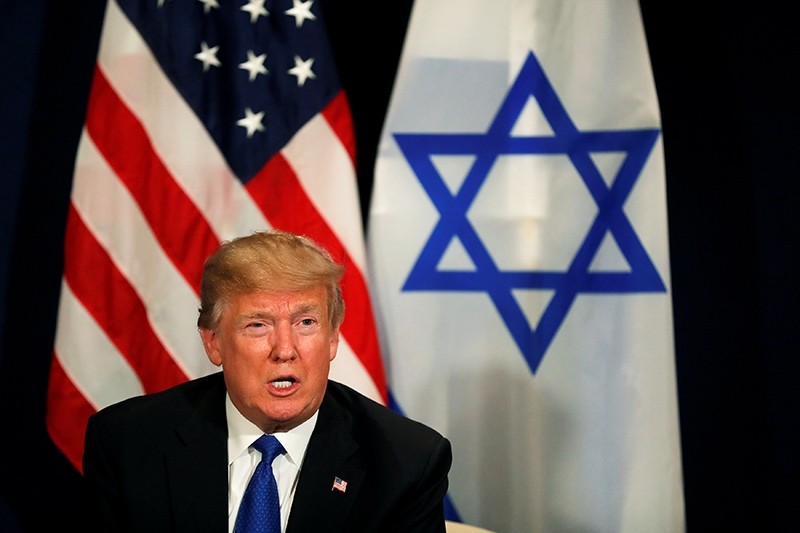 Trump tweeted Wednesday that "We have no better friends anywhere." Trump was in Florida playing hosting to the prime minister of Japan.

The president added that he was looking forward to moving the U.S. Embassy to Jerusalem next month.

Trump overturned decades of U.S. policy last year by announcing the U.S. would move its embassy from Tel Aviv to Jerusalem.

The controversial step has infuriated the Palestinians, who claim part of Jerusalem for the capital of a future state and have now rejected U.S. mediation in efforts to resume long-stalled peace talks with Israel.

In response to Trump's decision to recognize Jerusalem as Israel's capital, the Organization of Islamic Cooperation (OIC) — the world's second largest international organization — declared East Jerusalem the capital of Palestine "under occupation" and urged the U.S. to withdraw from the peace process and back down from its Jerusalem move. A week later, 128 countries voted in favor of a United Nations General Assembly resolution rejecting Trump's decision.