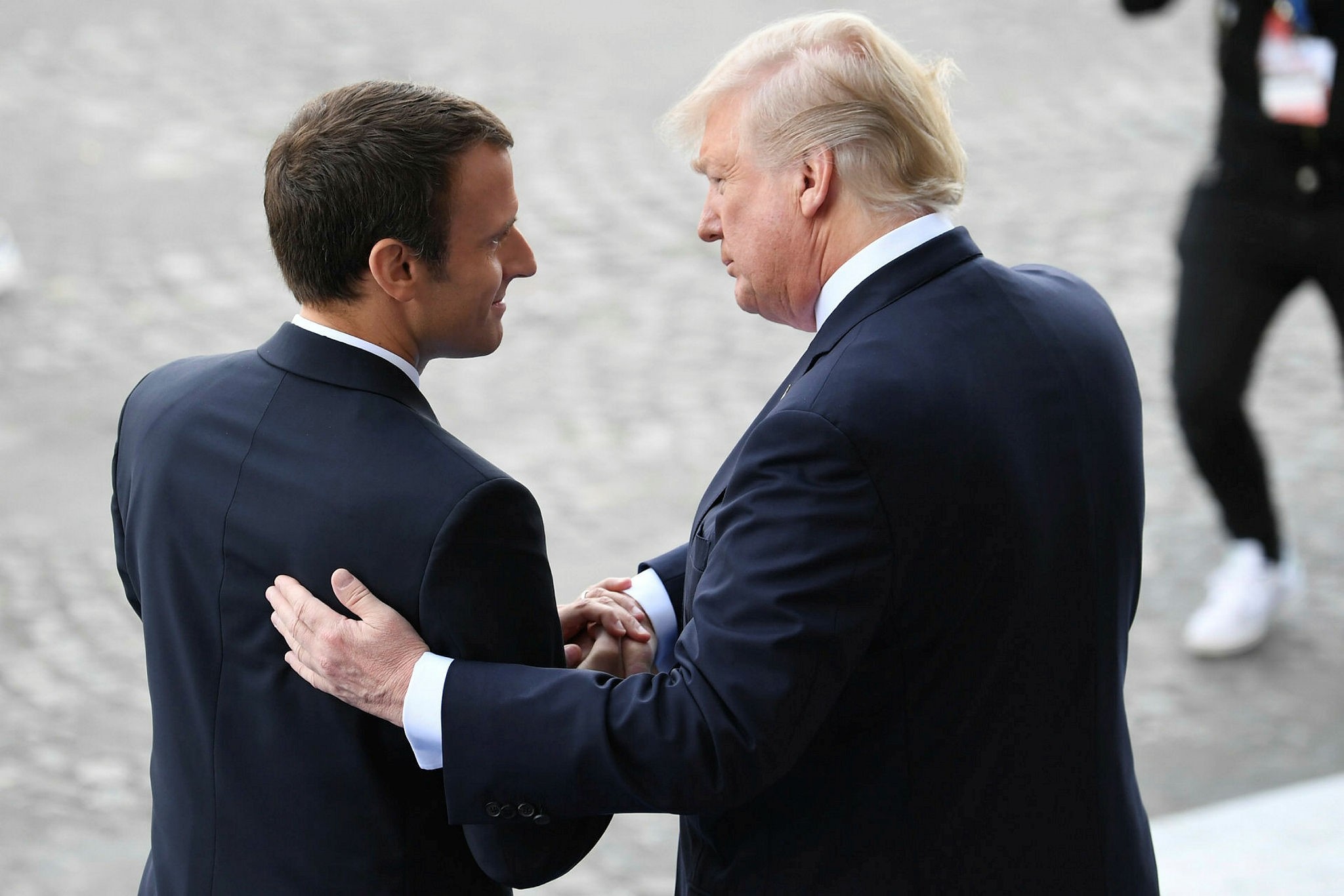 In this file photo taken on July 14, 2017 French President Emmanuel Macron (L) bids farewell to his US counterpart Donald Trump after the annual Bastille Day military parade on the Champs-Elysees avenue in Paris. (AFP Photo)
by Apr 22, 2018 12:00 am

French President Emmanuel Macron said he will advise US President Donald Trump not to pull the United States out of the agreement on Iran's nuclear program during a state visit beginning Monday.

Macron said the deal wasn't perfect but that there was no better option, adding in an interview broadcast Sunday on broadcaster Fox News that the agreement should be preserved.

Under the nuclear deal - signed in 2015 by Iran, France, the United States, China, Britain, Russia and Germany - Tehran agreed to restrictions and intensive monitoring intended to ensure it could not build a nuclear weapon. International sanctions were lifted in return.

Trump has threatened to pull out of the deal, warning in October that he would walk away from it unless what he called flaws were addressed. Trump faces a deadline on May 12 when he must decide whether to waive sanctions against Iran.

Macron said his message will be "don't leave now because you don't have a better option." He said however that completing the agreement with one covering ballistic missiles was an idea he would consider.

Macron said he believes the US "has a very strong role to play for peace in different regions of the world, and especially the Middle East, and I think it's one of the last resorts player for this peace and for multilateralism."

Macron will begin the first state visit in the Trump era on Monday beginning with a private dinner in the evening followed by meetings Tuesday at the White House and a state dinner. On Wednesday he will address a joint session of Congress.