17-year-old Palestinian teenager should have been shot at least in the knee, Israeli deputy says 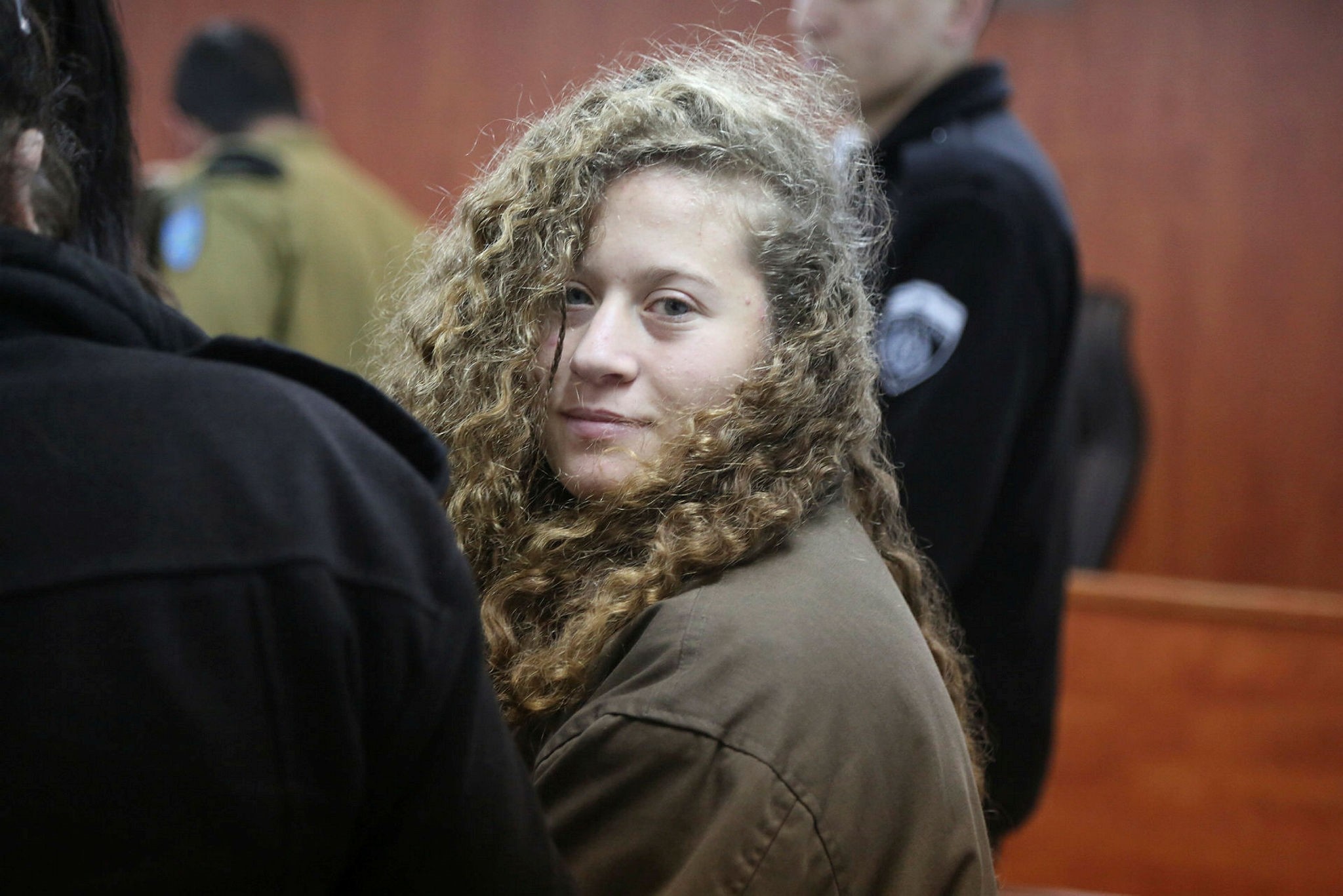 A Palestinian teenager, who is currently serving an eight-month jail term for slapping an Israeli soldier, should have been shot in the knee and placed under house arrest for life, an Israeli deputy tweeted on Sunday.

"That girl (Ahed Al-Tamimi) should have been shot at least in the knee, that way she would have been sentenced to house arrest for life," Israeli deputy Bezalel Smotrich tweeted late Sunday.

He also branded Palestinian children involved in anti-Israeli protests "terrorists" after being severely criticized for inciting violence against minors. "Ahed Tamimi is not an innocent girl ... She is a terrorist, whose actions hurt our security and put the citizens of Israel in danger," he wrote. "I care about the lives of people of Israel, not the lives of my enemies. Those who criticize cruelty end up being cruel to the merciful."

The member of Knesset from Jewish Home party drew fire upon the statement, with Meretz deputy Michal Rozin slamming him with a question.

"You should be ashamed of yourself. Last week, Israeli settlers threw stones against Israeli soldiers, were they shot?" he asked.

The Palestinian teenage girl, Ahed Tamimi, who was arrested after kicking and slapping an Israeli soldier in the occupied West Bank village of Nabi Saleh in December, has become the latest symbol of the long-running battle between Palestinians and Israelis to influence global public opinion. Tamimi, who was 16 at the time of the incident, accepted a plea deal in late March, sentencing her to eight months in prison after serving three months in pretrial detention, She will also have to pay a $1,500 fine.

The 17-year-old girl comes from a well-known Palestinian family, which has been quite active in the West Bank protests over the past years. Many of her family members were either killed or detained during Israeli military operations.

The teen's arrest and full-throttle prosecution by Israel has garnered international attention. It has also touched on broader issues, such as Israel's detention of Palestinian minors and the debate on what constitutes legitimate resistance to Israel's rule over millions of Palestinians.

Some 356 Palestinian minors were being held by Israeli authorities in detention centers as of the end of February 2018, Israeli human rights group B'Tselem said.

Amnesty International called Tamimi the "Rosa Parks of Palestine," and the small courtroom was often packed with journalists, diplomats and international observers during hearings. The rights group said after Tamimi's conviction that her sentence was at odds with international law.