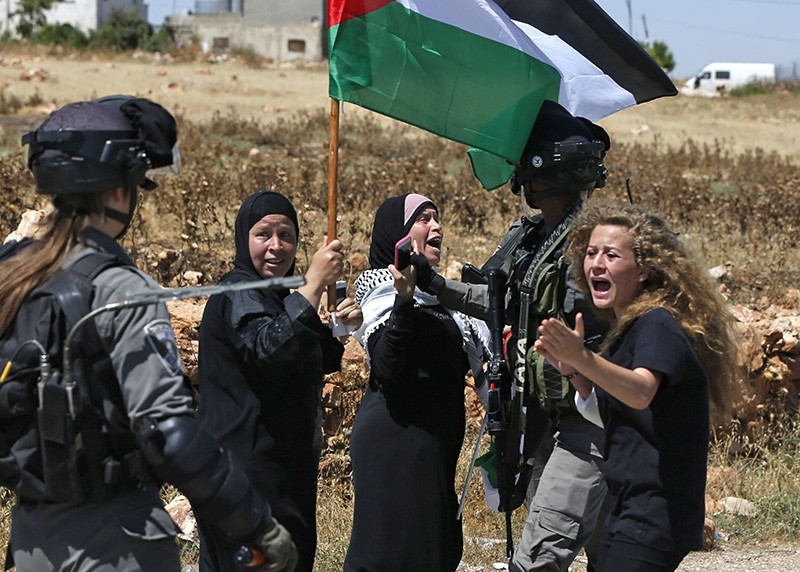 In this file photo taken on May 26, 2017 Palestinian Ahed Tamimi (R) reacts in front of Israeli forces during a demonstration on May 26, 2017, in the village of Nabi Saleh, north of Ramallah, in the Israeli-occupied West Bank. (AFP Photo)
by Associated Press Apr 24, 2018 12:00 am

A hard-line Israeli lawmaker is sarcastically thanking Twitter for briefly freezing his account following a post he wrote about wishing a teen Palestinian protester had been shot.

Bezalel Smotrich of the Jewish Home party says Tuesday that Twitter had given greater prominence to his stance that the 17-year-old was a "terrorist."

Smotrich says Twitter's "bullying" unmasked the liberals who "support free speech for all as long as you think just like them."

Smotrich says he was cut off for about 12 hours after his post about Ahed Tamimi, who is serving an eight-month prison term for slapping and kicking Israeli soldiers outside her West Bank home.

Smotrich wrote that instead of arresting her, the soldiers should have shot her in the knee to put her in "home arrest for life."