Iran bans Telegram, the messaging app used by half the population 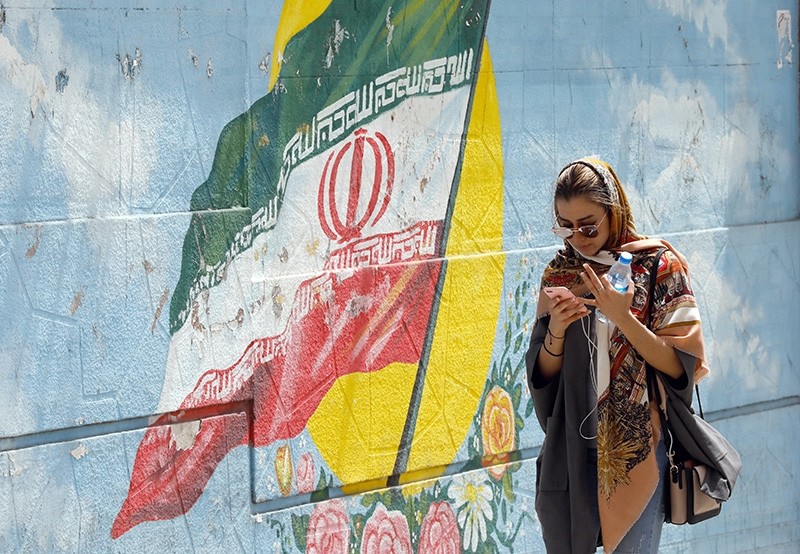 It said the Tehran prosecutor ordered that both mobile and desktop versions be blocked in a way that would not allow users to bypass the restrictions using a virtual private network (VPN).

Iran had been considering the ban since January when protests over economic grievances erupted in more than 80 cities and later turned into demonstrations against the clerical and security elite. Some 25 people were killed and 5,000 arrested during the demonstrations, which were the largest since those that followed the disputed 2009 election.

Some hardline officials said protesters used Telegram, which is billed as an encrypted messaging service, to organize the rallies, which were ultimately contained by the Revolutionary Guards and their affiliated volunteer Basij militia. The app was temporarily shut down during the protests, but some users continued to access it through proxies and VPN services.

"Considering various complaints against the Telegram social networking app by Iranian citizens, and based on the demand of security organizations to confront the illegal activities of Telegram, the judiciary has banned its usage in Iran," state TV reported.

"All Internet providers in Iran must take steps to block Telegram's website and app as of April 30," the judiciary website Mizan quoted a court order as saying.

The app was still working late Monday. There was no immediate comment from Telegram.

Iranian authorities say Telegram has been used to spread lies and incite public opinion, and that it has also been used by terrorists and pornographers.

The government has said Telegram and other foreign messaging apps can obtain licenses to operate if they transfer their databases into the country. Privacy experts worry that could more easily expose users' private communications to government spying.

Not all government officials agree with the move, however. Iran's telecoms minister said Tuesday it was "impossible to block citizen's access to information."

Mohammad Javad Azari Jahromi's comments on Twitter highlighted differences of opinion between the government of reformist President Hassan Rouhani and ultra-conservatives who control the judiciary and security services.

"Even if we ban the use of software, other software will be found and information will start to circulate freely again," Jahromi wrote.

"Technology is not intrinsically guilty, corrupt, or deviant," he added. "It is human beings who misuse it to promote crime and corruption in the virtual world, just as they do in real life."

Iran's clerical rulers are wary of any revival of anti-government unrest if President Donald Trump refuses to extend U.S. sanctions relief on Iran on May 12, a deadline set by him for European signatories of Iran's 2015 deal with six world powers to "fix the terrible flaws" of the accord.

Britain, France and Germany have been trying to dissuade Trump from ditching the deal struck during his predecessor Barack Obama's administration. A U.S. exit could unravel the accord and increase economic pressure on ordinary Iranians.

The order to ban Telegram was issued a few days after Iran barred government bodies from using the app, favored by Iranian state media, politicians, companies and ordinary Iranians alike.

A widespread government Internet filter prevents Iranians from accessing many internet sites on the official grounds that they are offensive or criminal.

But many Iranians evade the filter through use of VPN software, which provides encrypted links directly to private networks based abroad, and can allow a computer to behave as if it is based in another country.

"The blocking of the Telegram app should be a way to prevent users from accessing it with VPN or any other software," the semi-official Fars news agency said.

Telegram has an estimated 40 million users in Iran.

Iranian officials have been encouraging Iranians to use domestic alternatives to Telegram. The Soroush app was released last month offering most of Telegram's features. But many Iranians are reluctant to use domestic apps, fearing they could be used by security services to spy on them.