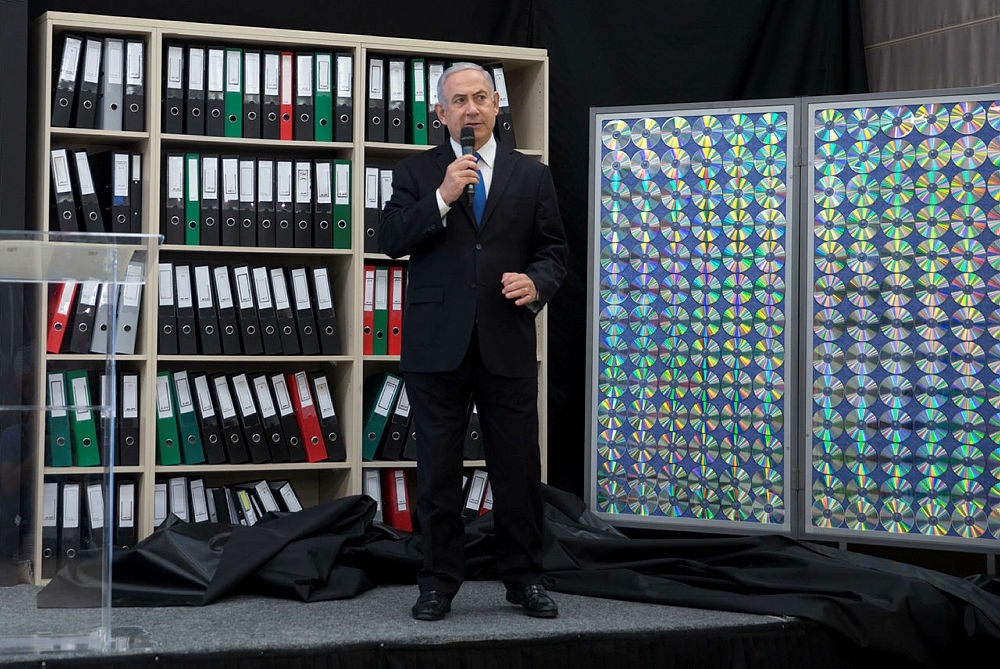 France said Tuesday that new claims about Iran's nuclear program presented by Israeli Prime Minister Benjamin Netanyahu reinforced the importance of a 2015 deal that imposes controls on the Islamic republic.

"The pertinence of the deal is reinforced by the details presented by Israel: all activity linked to the development of a nuclear weapon is permanently forbidden by the deal," said a foreign ministry spokesperson.

The ministry said Israeli intelligence information presented on Monday in part confirmed the non-civilian nature of the program revealed by European powers in 2002, but that it merely proved the need to ensure the nuclear deal and U.N. inspections remained.

Israel's Prime Minister Benjamin Netanyahu unveiled what he said was "half a ton" of Iranian nuclear documents collected by Israeli intelligence, claiming it proved that Iranian leaders covered up a nuclear weapons program before signing a deal with world powers in 2015.

In a speech delivered in English while relying on his trademark use of visual aids, Netanyahu claimed the material showed that Iran cannot be trusted, and encouraged President Donald Trump to withdraw from the deal next month.

But Netanyahu's presentation, delivered on live TV from Israeli military headquarters in Tel Aviv, did not appear to provide evidence that Iran has violated the 2015 deal, raising questions about whether it would sway international opinion ahead of Trump's decision.

Netanyahu has found a welcome partner in Trump, who has called the agreement "the worst deal ever."

Trump has signaled he will pull out of the agreement by May 12 unless it is revised, but he faces intense pressure from European allies not to do so. Netanyahu said he already has given the information to the U.S., and he plans to share it with Western allies and the international nuclear agency.

Ahead of the announcement, Iran's foreign minister, Mohammad Javad Zarif, belittled Netanyahu in a tweet, saying: "The boy who can't stop crying wolf is at it again."

He later tweeted: "Pres. Trump is jumping on a rehash of old allegations already dealt with by the IAEA to 'nix' the deal. How convenient. Coordinated timing of alleged intelligence revelations by the boy who cries wolf just days before May 12. But Trump's impetuousness to celebrate blew the cover."