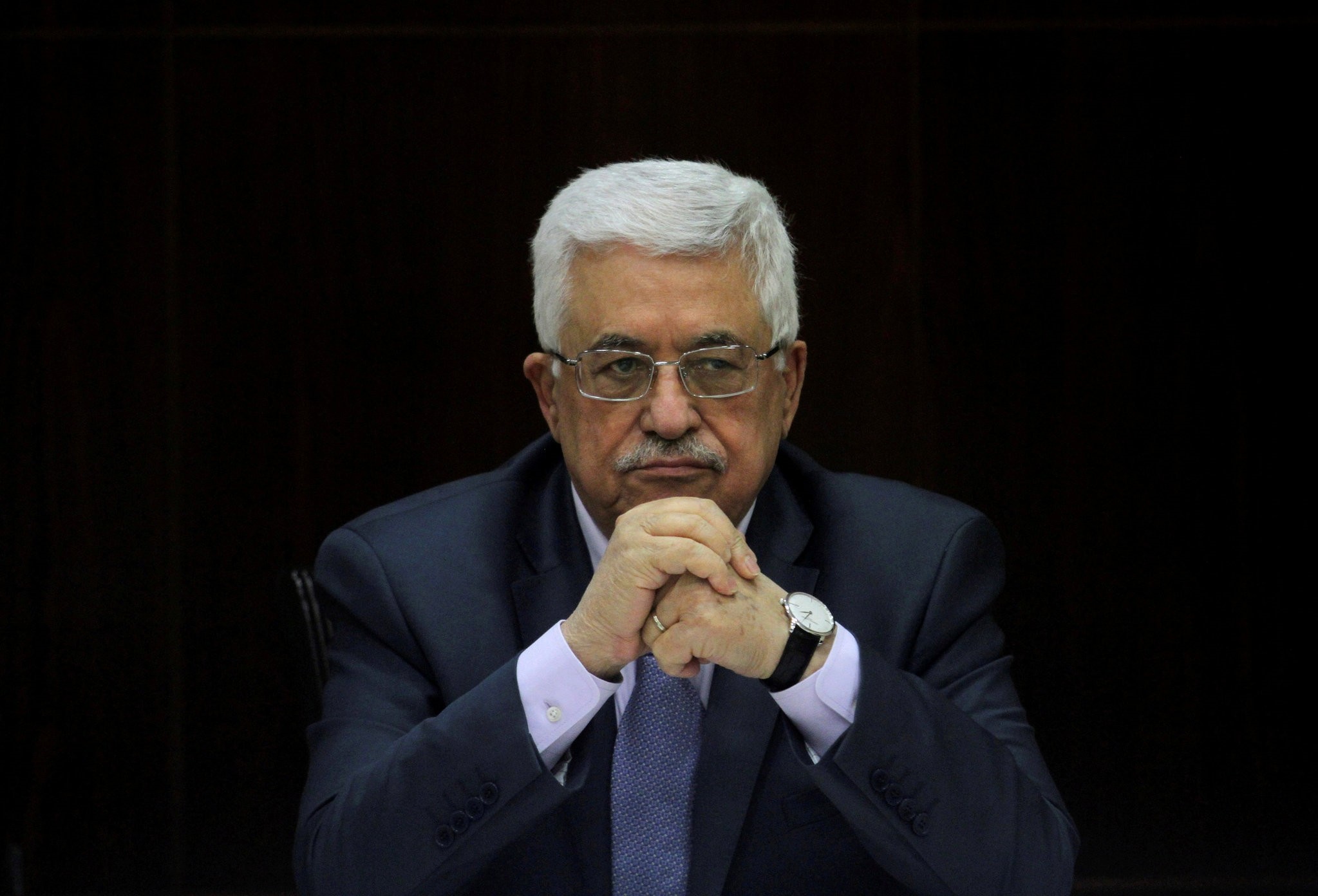 Palestinian President Mahmoud Abbas heads a Palestinian cabinet meeting in the West Bank city of Ramallah July 28, 2013. (REUTERS Photo)
by Compiled from Wire Services May 04, 2018 12:00 am

Palestinian President Mahmoud Abbas said Friday it was "not my intention" to offend anyone with comments about the Holocaust this week that were widely panned as anti-Semitic.

"If people were offended by my statement in front of the [Palestinian National Council], especially people of the Jewish faith, I apologize to them," added Abbas, who had said it was the Jews' "social functions," including money-lending, that caused hatred toward them in Europe.

"I would like to assure everyone that it was not my intention to do so, and to reiterate my full respect for the Jewish faith, as well as other monotheistic faiths," he said in a statement issued by his office in Ramallah after a four-day meeting of the Palestinian National Council (PNC), at which he had made the remarks.

He also reiterated his "long-held condemnation" of the Holocaust, calling it the "most heinous crime in history" and expressed sympathy for its victims.

The speech drew criticism around the world that Abbas perpetuated anti-Semitic stereotypes.

Abbas, 82, was excoriated by Israeli and Jewish leaders and diplomats who accused him of anti-Semitism and Holocaust denial for his remarks on Monday during his opening speech to the PNC, the de facto parliament of the Palestine Liberation Organization.

In a lengthy section about history, he said that Jews living in Europe had suffered massacres "every 10 to 15 years in some country since the 11th century and until the Holocaust".

Israeli officials had no immediate comment on Abbas' statement of apology on Friday.

On Wednesday, Prime Minister Benjamin Netanyahu accused Abbas of anti-Semitism and Holocaust denial, calling on the international community to condemn him.