Iraqi journalist who threw shoes at Bush running for parliament 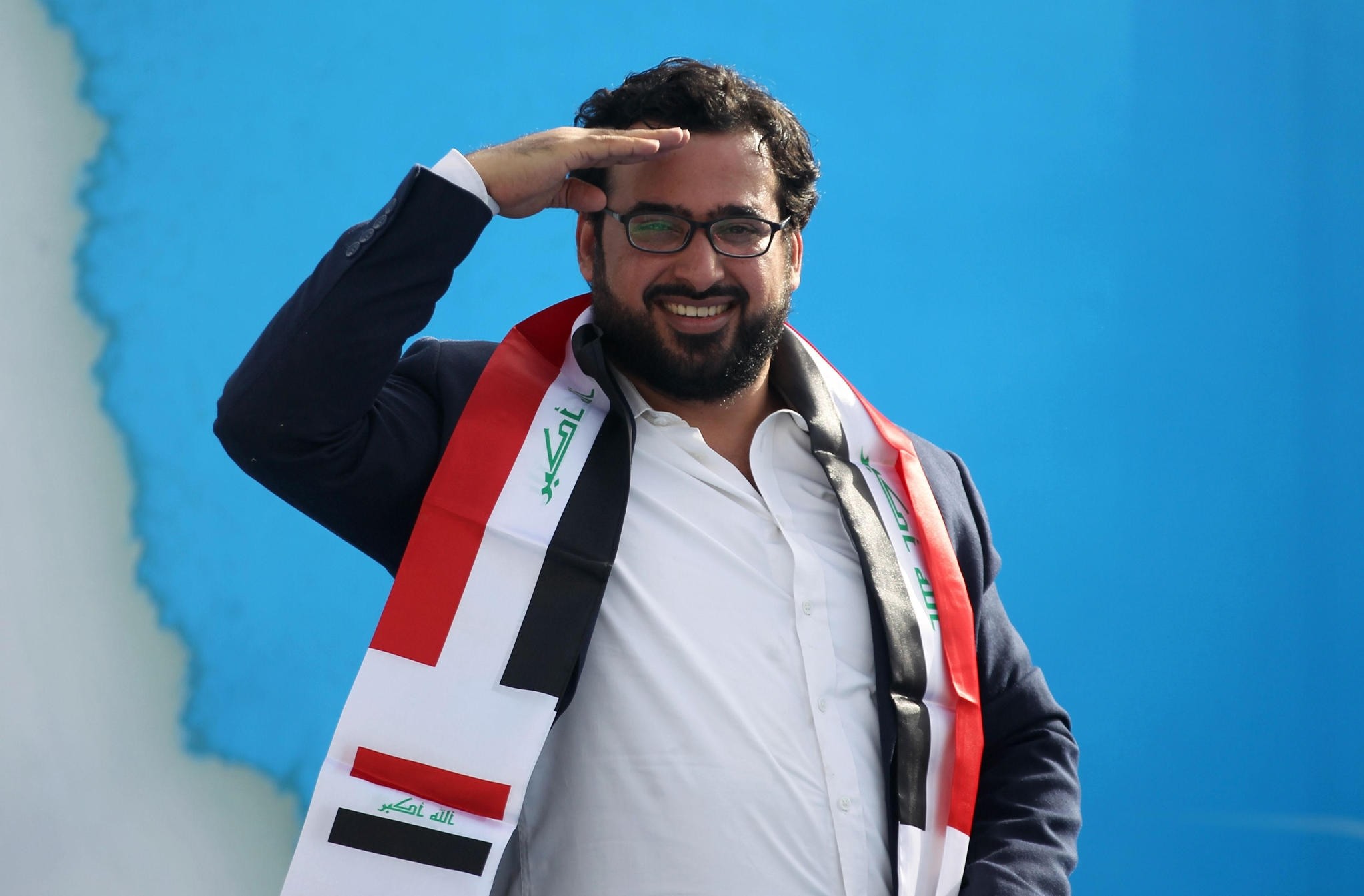 Muntazer al-Zaidi attends a rally in Baghdad on May 4, 2018 for the ,Marching Towards Reform, alliance between Shiite leader Moqtada al-Sadr and the communist party, ahead of the May 12 parliamentary elections. (AFP Photo)
by Daily Sabah May 06, 2018 12:00 am

The Iraqi journalist who hurled his own footwear at president George W. Bush at a press conference in Baghdad in December 2008 is now running for a seat in the Iraqi Parliament.

10 years after the incident, the famous shoe-thrower Muntazer al-Zaidi said he is running for the office "as part of 'Marchers Towards Reform'. A small part of my campaign program is to limit the privileges of politicians and lawmakers who are there to serve the people."

Zaidi was sentenced to three years in prison for assaulting a head of state after he threw both of his shoes at Bush during the U.S. invasion of Iraq and yelled "this is a farewell kiss from the Iraqi people, you dog!" and "this is for the widows and orphans and all those killed in Iraq!"

His sentence was reduced to one year on appeal, was cut further for good behavior.

Zaidi now wants to confront the U.S. for the crimes committed in the country during the war between 2003 to 2011.

"If I become the prime minister of Iraq or the president then the first thing I will do is to ask the United States of America to officially apologize to all Iraqis, to compensate the victims and hold former President George W. Bush accountable."

The initial justification for war was that Iraqi leader Saddam Hussein had weapons of mass destruction. But when these were not found, the attention switched to the benefits of having removed a brutal dictator.