Iran's Rouhani warns US of 'historic regret' over nuclear deal 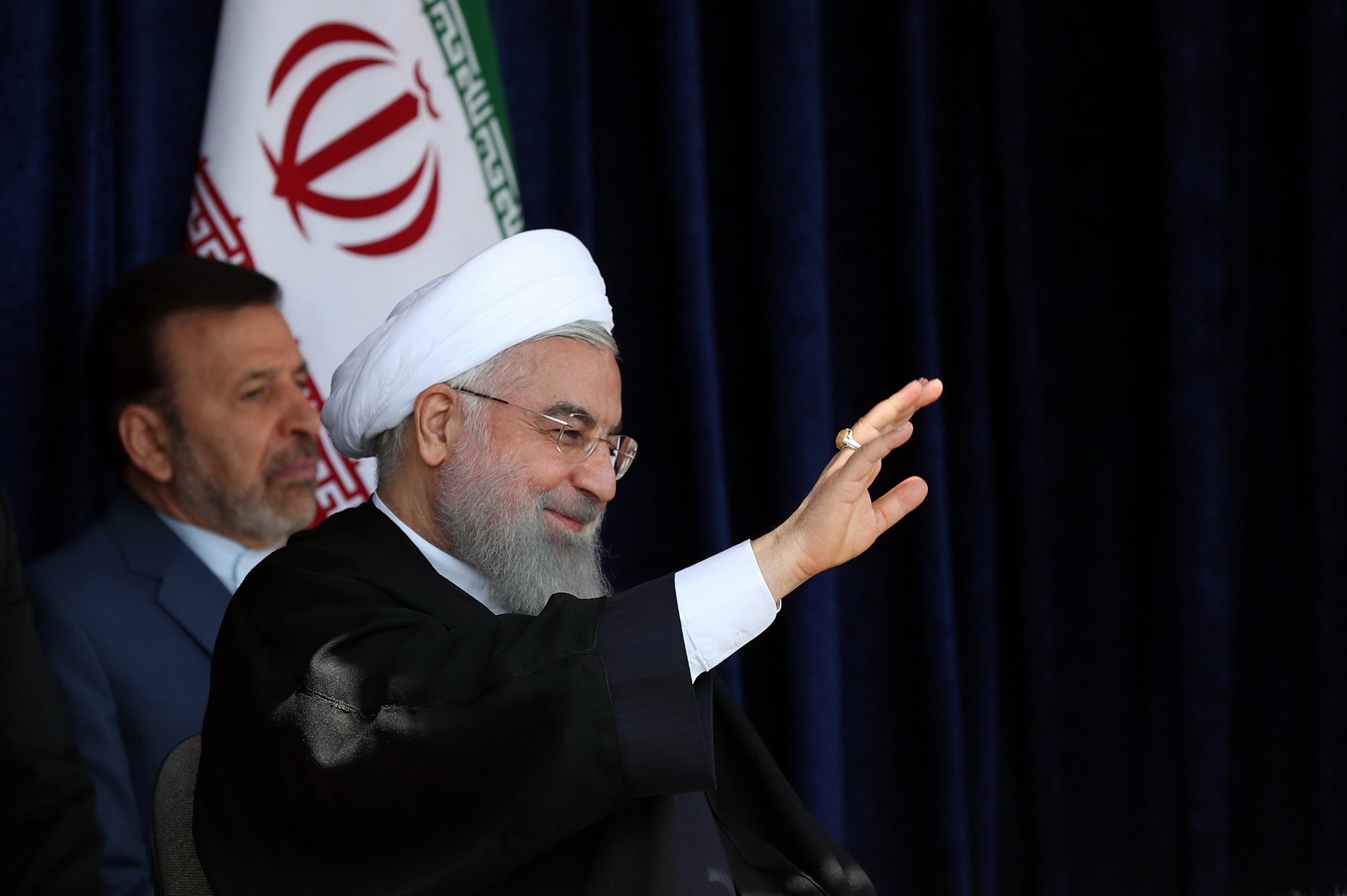 Iranian President Hassan Rouhani speaks to the crowd in the city of Sabzevarr, May 6.
by Compiled from Wire Services May 07, 2018 12:00 am

Iran's president warned President Donald Trump that pulling America out of the nuclear deal with world powers would cause them ‘historic regret,' as the deadline looms

President Hassan Rouhani said yesterday Iran had prepared plans to respond to any decision by U.S. President Donald Trump to end the nuclear agreement with Tehran and that the U.S. would regret such a decision.

"We have plans to resist any decision by Trump on the nuclear accord," Rouhani said in a speech carried live by state television, Reuters reported. "If America leaves the nuclear accord, this will entail historic remorse for it."

Iran has always denied it sought a nuclear weapon, insisting its atomic program was for civilian purposes. Rouhani did not specify how Iran would react if the U.S. pulls out of the deal. But he said he had given "the necessary orders," notably to Iran's Atomic Energy Organization, in anticipation of Trump's decision.

Rouhani also stated that the European response to Donald Trump's position on the Iran nuclear deal will be more important than what Trump himself decides. "Trump will either reject the deal or - if not - sabotage it," Rouhani said, according to dpa. It was more important to him "whether the Europeans distance themselves from his stance or not," he added.

French President Emmanuel Macron has warned that war could ensue if U.S. President Donald Trump withdraws from the 2015 deal in which Iran agreed to curb its nuclear program in exchange for sanctions relief.

"We would open the Pandora's box. There could be war," Macron told German weekly magazine Der Spiegel, as reported by Reuters. But he added: "I don't think that Donald Trump wants war."

President Trump has been threatening to pull out of the agreement, negotiated in 2015 between Tehran and six world powers, including France and Germany. Trump is set to decide by May 12 whether to pull out of the Iran deal. Trump has all but decided to withdraw but exactly how he will do so remains unclear, two White House officials and a source familiar with the administration's internal debate said on May 2.

Trump could still figure out a way to stay in the deal between the Islamic Republic and the six world powers: Britain, China, France, Germany, Russia and the United States.

Macron urged Trump not to withdraw when he met the president in Washington late last month.

Britain, France and Germany remain committed to the accord, but in an effort to keep Washington in, it wants to open talks on Iran's ballistic missile program, its nuclear activities beyond 2025, when key provisions of the deal expire, and its role in Middle East crises such as Syria and Yemen. Another important thing for Europe is that the global financial system is so interconnected and so tied to New York that it would be almost impossible for anyone anywhere in the world to continue their business with Iran without risk of violating U.S. sanctions. For example, Europe businesses owned or controlled by American parent companies would breach the sanctions if they didn't cut off Iran.

It's a major dilemma for European businesses, made even more complicated if the European Union decides to invoke a measure put in place in the 1990s to counter the U.S. embargo on Cuba. The EU can use those regulations to prohibit European companies from complying with some U.S. sanctions. That puts businesses in the position of choosing whether to defy the United States or the EU.

Under the 2015 deal brokered by President Barack Obama and other world powers, Iran agreed to nuclear restrictions in exchange for billions in sanctions relief. And even if a so-called "add-on deal" with the Europeans is achieved, there is no guarantee it will satisfy Trump. His closest aides have said they can't predict with certainty what conditions would be enough to keep him in the pact.