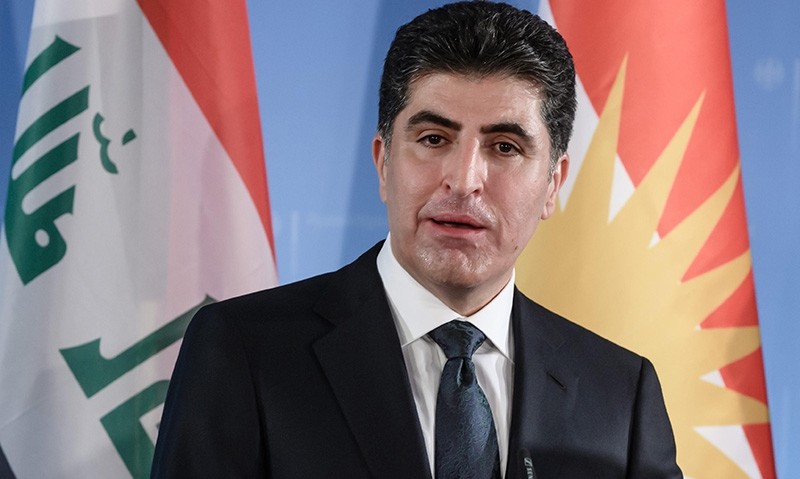 Nechirvan Barzani speaks during a joint media statement with German Foreign Minister Sigmar Gabriel (not in picture) prior to their meeting in Berlin, Germany (EPA File Photo)
by Daily Sabah with Reuters May 08, 2018 12:00 am

Rudaw is close to the Kurdistan Regional Government based in Irbil. A federal Iraqi election is set to take place on Saturday.

With a population of about 5 million, Iraq's Kurdish region already enjoys a high degree of autonomy, including its own parliament and armed forces.

Since the 2003 U.S.-led invasion that toppled Saddam Hussein, relations with the central government in Baghdad have become strained over a range of issues, including the sharing of oil revenues and control of some areas, such as the oil-rich city of Kirkuk.