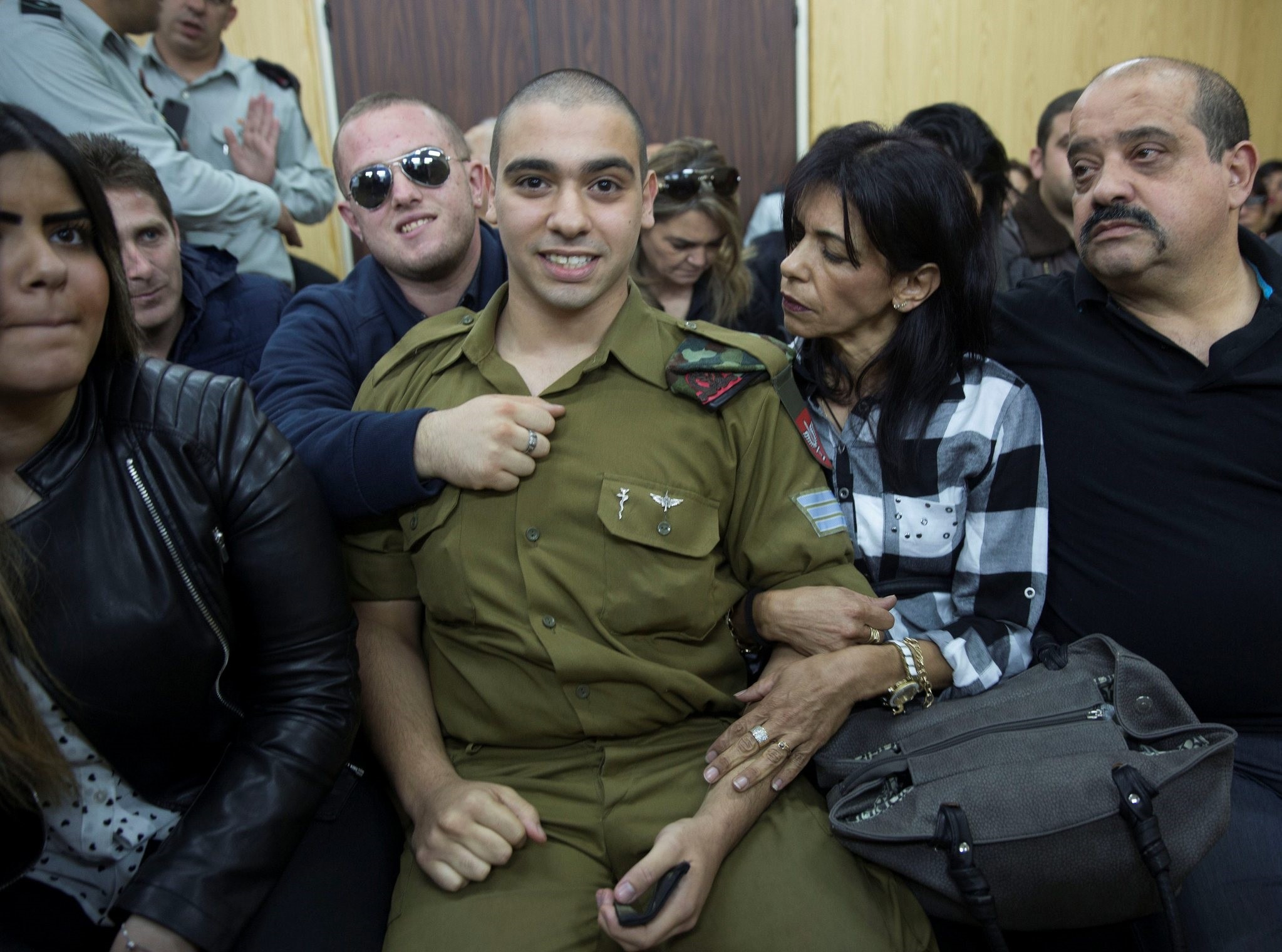 Israeli soldier Elor Azaria, who is charged with manslaughter by the Israeli military, sits to hear his verdict in a military court in Tel Aviv, Israel, January 4, 2017. (REUTERS Photo)
by Compiled from Wire Services May 08, 2018 12:00 am

Israeli soldier Elor Azaria, who shot an already-incapacitated Palestinian man after an alleged attack in 2016, was released from prison on Tuesday.

In March, a military court accepted an early-release request lodged by the convicted soldier's lawyers, leaving Azaria with only nine months of a 14-month manslaughter sentence after being found guilty of killing Abdul Fattah al-Sharif.

Elor Azaria was found guilty of manslaughter in January 2017 for shooting 21-year-old Fatah al-Sharif in the West Bank city of Hebron in March 2016. He shot Sharif in the head, even though he had been injured and disarmed after an alleged attack

The case sparked an international outcry and split Israel, where military service in compulsory, with many on Israel's right wing saying Azaria should never have been convicted in the first place and others calling him a criminal.

In addition to having his sentence shortened by five months, Azaria was released another two days early to attend his brother's wedding, an army spokesman said.

Azaria became the subject of an investigation after an activist with Israeli rights group B'Tselem captured him on film fatally shooting al-Sharif -- unarmed and injured -- in the head.

The ensuing high-profile legal case led to a fissure in the Israeli government after the army took the rare step of investigating an Israeli soldier for killing a Palestinian.

Yousef Jabareen, an Arab-Israeli lawmaker, said Azaria's release "conveys a difficult message that the blood of the Palestinians is worthless."