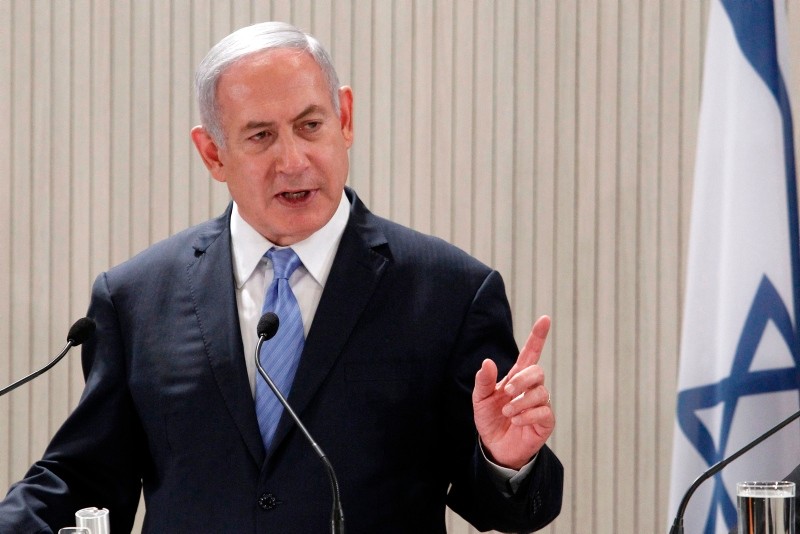 Israeli Prime Minister Benjamin Netanyahu speaks during a press conference (AFP Photo)
by May 08, 2018 12:00 am

Iran, "openly calls, daily, for the destruction, the elimination of Israel from the face of the earth and practices unmitigated aggression against us," Netanyahu told reporters during a visit to Greek Cyprus.

"It is now seeking to plant very dangerous weapons in Syria … for the specific purpose of our destruction."