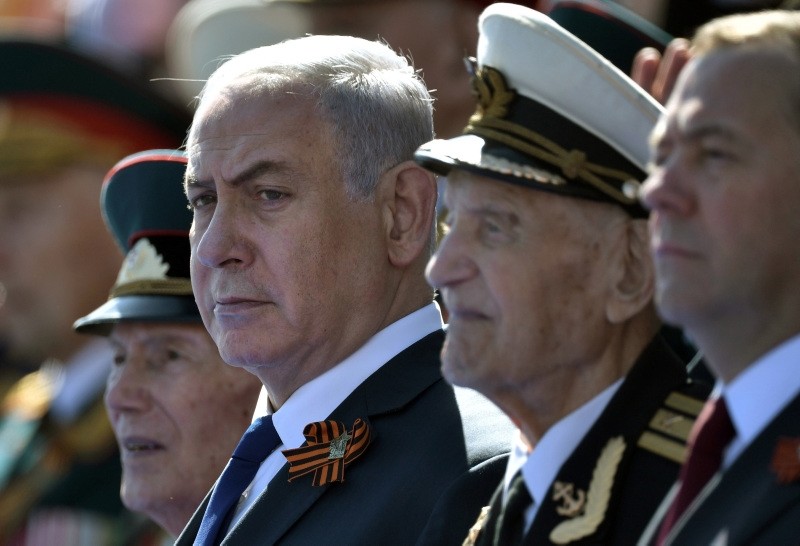 Prime Minister Benjamin Netanyahu said Iran had crossed a "red line" by firing rockets at Israeli forces from Syria, leading to major Israeli airstrikes on Thursday in the neighboring country.

"Iran has crossed a red line. Our reaction was a consequence," the Israeli leader said in a video posted on social media.

"The Israeli army carried out an extensive attack against Iranian targets in Syria."

Iran has not claimed responsibility for the rocket fire.

Israel carried out widespread deadly raids against what it said were Iranian targets in Syria after rocket fire towards its forces which it blamed on Iran, marking a sharp escalation between the two enemies.

Israel said 20 rockets, either Fajr or Grad type, were fired from Syria at its forces in the occupied Golan Heights at around midnight.

It blamed the rocket fire on Iran's Quds force, adding that Israel's anti-missile system intercepted four while the rest did not land in its territory.

No Israelis were wounded.

"We are in a prolonged campaign and our policy is clear: We will not allow Iran to establish itself militarily in Syria," Netanyahu said.