Migrants prefer to die rather than return to Libya, aid group says 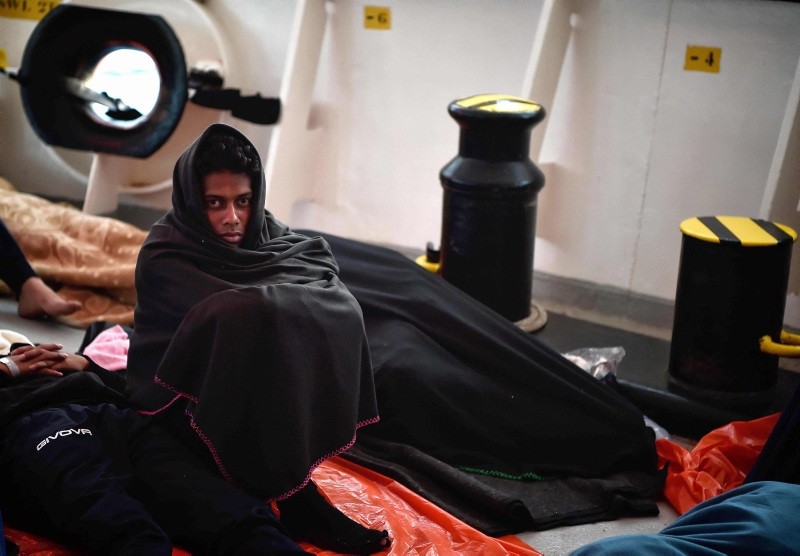 A migrant sits onboard MV Aquarius, a rescue vessel chartered by SOS-Mediterranee and Doctors Without Borders (MSF), some 30 nautical miles off Libya coast (AFP Photo)
by Associated Press May 10, 2018 12:00 am

Aid workers say a group of migrants who were left at sea for over a day during a bureaucratic standoff were so afraid of being turned over to the Libyan coast guard that they were about to jump into the water because they "prefer to die."

SOS Mediterranee's Aquarius rescue ship docked in Catania, Sicily, on Thursday with 105 migrants. They had been rescued by a British-flagged sailboat Sunday, but were kept at sea after Italy insisted Britain approve their transfer to the bigger, sturdier Aquarius. Britain argued it wasn't coordinating the rescue, and eventually, Italy approved the transfer.

Matthew Carter, SOS Mediterranee communications officer, said the rescue was evidence of "a growing trend of delays and confusion between the authorities and who is coordinating rescues and transfer operations."