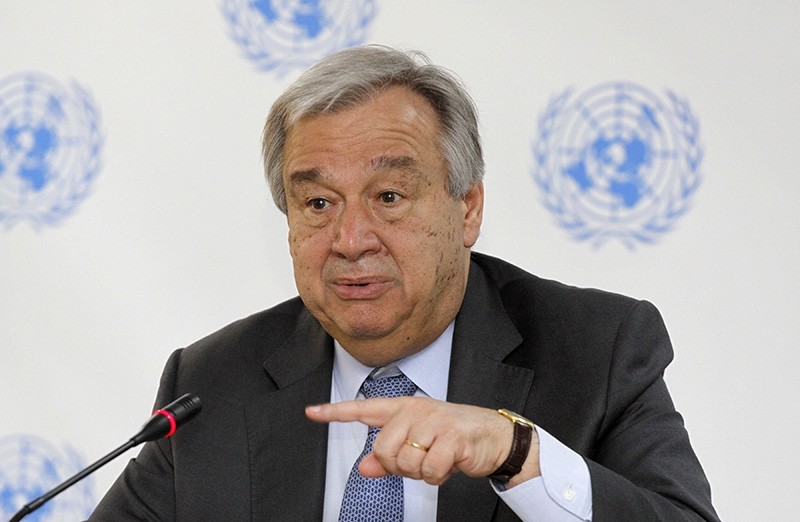 United Nations chief Antonio Guterres on Wednesday denounced "the recent and sharp escalation in the Yemen conflict," after strikes targeting Houthi rebels in Sanaa were met with an attempted attack aimed at Saudi Arabia.

On Monday, the Saudi-led coalition said it was behind two air raids on the office of the presidency in Yemen's rebel-held capital, which were reported to have killed six people and wounded dozens.

Then on Wednesday, Saudi Arabia's air defenses intercepted two ballistic missiles over the capital Riyadh, the latest in a series of attacks claimed by rebels in neighboring Yemen.

Guterres is "deeply concerned" over the exchanges, his spokesman Stephane Dujarric said in a statement.

"The Secretary-General appeals to the parties to refrain from further escalation as this adversely impacts the chances for peace," the statement said.

"The Secretary-General reminds all parties to the conflict that they must uphold international humanitarian law, including taking steps to protect civilians."

Since November, the Iran-backed Houthi rebels have intensified missile attacks into neighboring Saudi Arabia, including targeting its capital.

Saudi Arabia launched a military coalition in Yemen in 2015, aimed at pushing back the Houthis and restoring the internationally recognized government to power.

The conflict has left nearly 10,000 people dead, tens of thousands wounded, and millions on the brink of famine in what the United Nations has called the world's worst humanitarian crisis.