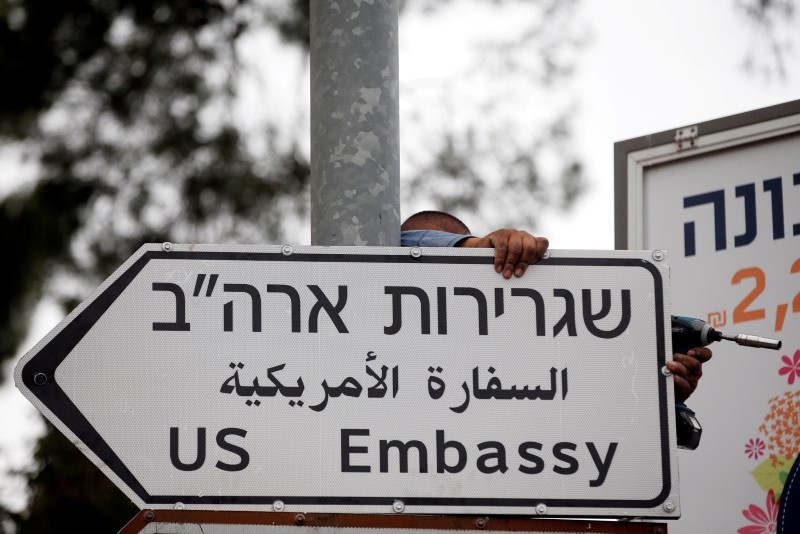 President Donald Trump will address around 800 U.S. and Israeli dignitaries at the ceremonial opening of the American embassy in Jerusalem by video on Monday, a senior official said.

It was not immediately clear from the senior administration official's comment, on a background call to reporters, whether Trump would speak via a live videolink or a pre-recorded address.

The official said staff at the mission in Tel Aviv had just marked its last day as an embassy, and that the ambassador's team would turn up for work on Monday at the Jerusalem embassy, which would host an opening ceremony later that day.

"I think we're all very happy and excited to be participating in such an historic event. People have been working, really around the clock and getting ready for our opening dedication ceremony on Monday. We'll be ready," he said.

"We're expecting around 800 people," he said, adding that in addition to the previously announced U.S. presidential delegation, he expected an "healthy number" of guests from the U.S. Congress.

"The president, from my side of things, will be addressing the audience by video," the official said.

But he stressed the event will be a bilateral U.S.-Israeli celebration, downplaying reports that very few if any diplomats from other countries that have not recognized Jerusalem as Israel's capital would attend.