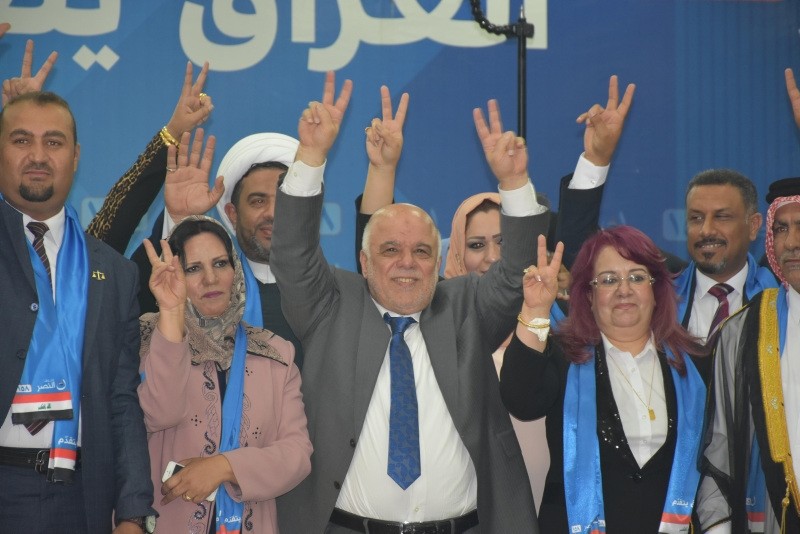 Meanwhile, a source with the Al-Wataniya Alliance, which is led by former vice president Iyad Allawi, said it was leading in four Sunni-majority provinces.

The alliance is an umbrella of 26 political parties and blocs, including the Civil Society for Reform party of Parliament Speaker Salim al-Jabouri.

"Preliminary results show that the Alliance was leading in the provinces of Anbar, Saladin, Nineveh and Diyala," the source said on condition of anonymity because he was unauthorized to speak to media.

Unofficial results compiled by Reuters reporters in southern provinces also indicated that Sadr, a cleric who led an uprising against U.S. troops from 2003-2011, appeared to be making a strong showing.

If the Sadr list finished second, that would mark a surprise comeback by the cleric. Sadr has a zealous following among the young, poor and dispossessed but has been sidelined by influential Iranian-backed figures. Sadr has kept Tehran at a distance.

Sadr has formed an unlikely alliance with communists and other independent secular supporters who joined protests he organized in 2016 to press the government to see through a move to stem endemic corruption.

Turnout was 44.52 percent with 92 percent of votes counted, the Independent High Electoral Commission said — significantly lower than in previous elections. Results are due to be officially announced on Monday.

On Saturday, Iraqis voted in the country's first parliamentary election since Iraq declared victory against the Daesh terrorist group.

The polls were held under the shadow of economic crisis, the return of thousands of refugees, political polarization, and security concerns.