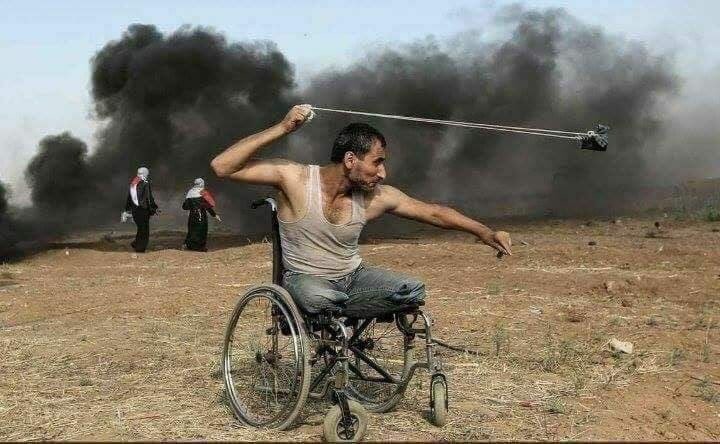 A Palestinian man who lost his legs in 2008 in an airstrike was killed by Israeli forces in protests near the Gaza border against the opening of the U.S. embassy in Jerusalem.

Fadi Abu Salah, 29, was participating in anti-occupation rallies in the Gaza Strip on Monday when he was shot dead by an Israeli sniper. He became a double-amputee in an Israeli airstrike during the Gaza War in 2008.

This is not the first time Israeli forces killed a handicapped protester. In January, 29-year-old Ibrahim Abu Thuraya, who lost both his legs in an Israeli attack a decade ago, was shot in the head in protests near the Gaza border.

Following an initial investigation, the Israeli army said it had not deliberately targeted Abu Thuraya and found no evidence of any "moral or professional failures."

Since Monday morning, at least 52 Palestinian demonstrators have been killed -- more than 1,700 injured -- by Israeli army forces deployed along the other side of the border, according to the Palestinian Health Ministry.

The rallies, aimed to commemorate the Nakba anniversary and protest the relocation of the U.S. Embassy from Tel Aviv to Jerusalem, will culminate on Tuesday, May 15.