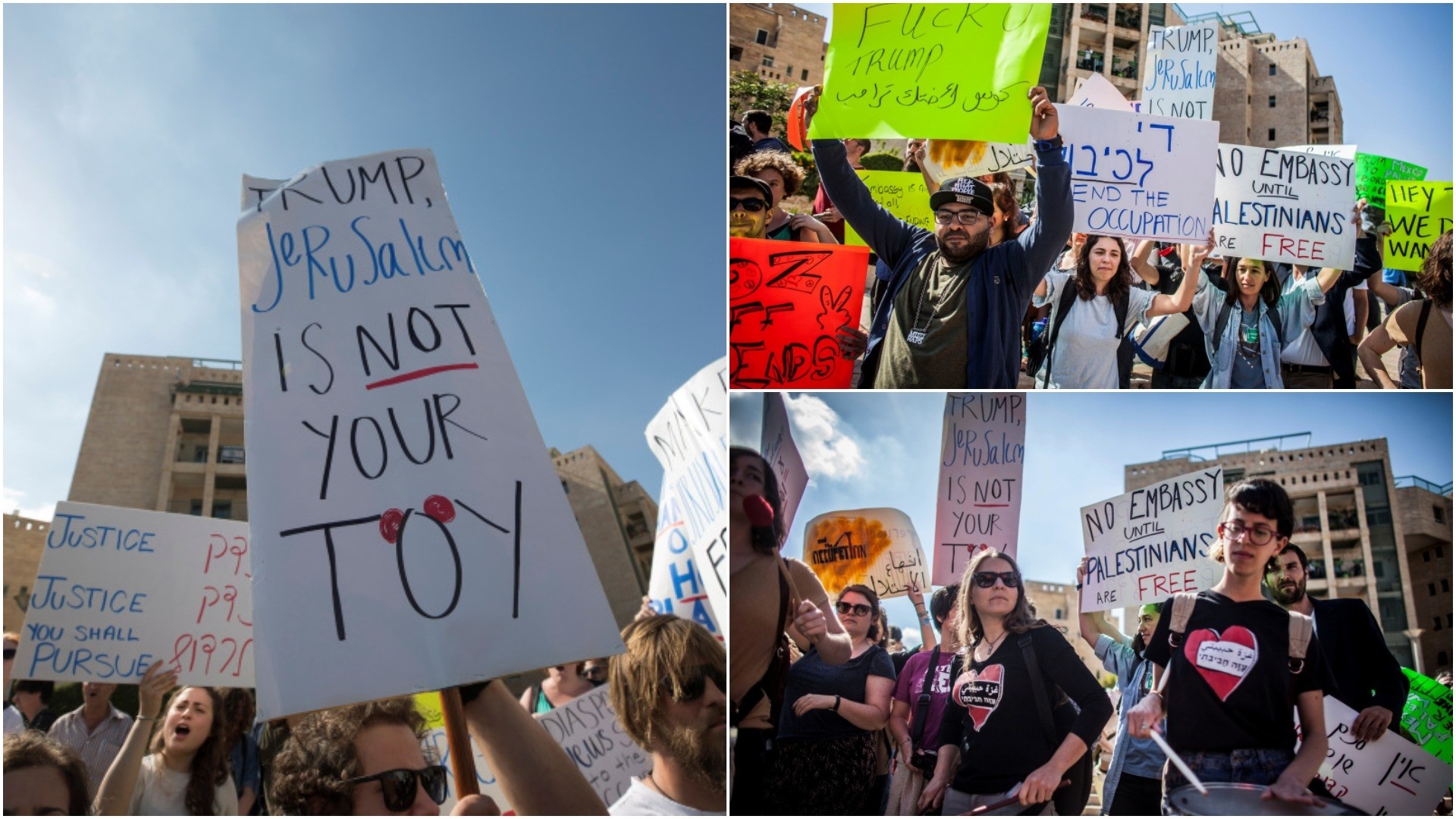 A growing number of countries have condemned or voiced concern over Israel's violence against Palestinian protesters on the day the U.S. relocated its embassy from Tel Aviv to Jerusalem.

At least 55 Palestinian demonstrators were killed Monday -- and thousands more injured -- by Israeli army forces deployed along the Gaza Strip, according to the Palestinian Health Ministry.

The U.S. administration has lost its role as a mediator in the Middle East with its decision to recognize Jerusalem as the capital of Israel, President Recep Tayyip Erdoğan said Monday, calling the deaths an act of "genocide" by "a terror state".

He also said that he would van extraordinary meeting on Friday regarding the Palestinian deaths as the Rotating Chairman of the Organization of Islamic Cooperation (OIC), while calling on the United Nations Security Council to gather also for an emergency meeting.

His calls followed those by Kuwait, who also requested an emergency meeting of the U.N. Security Council on Tuesday, after condemning the violence.

The EU's foreign policy chief, Federica Mogherini said in a statement that "dozens of Palestinians, including children, have been killed from Israeli fire today", without condemning the violence.

"Israel must respect the right to peaceful protest and the principle of proportionality in the use of force," Mogherini added.

The British Prime Ministry also expressed concern over the violence in Gaza in a statement.

"We are concerned by the reports of violence and loss of life in Gaza," the statement read.

Germany said it was "shocked and deeply concerned" by the reports concerning the protests in Gaza, in which dozens of people were killed or injured.

"Israel has the right to defend itself and to secure the fence against violent incursion. However, the principle of proportionality applies. That includes only using live ammunition when other, less forceful methods of deterrence do not work and in cases of concrete threats," the ministry said.

Berlin underlined that people in the Gaza Strip have a right to carry out peaceful protests, but also warned against inflammatory moves.

The Russian and Egyptian foreign ministers who were both in Moscow also slammed the U.S. decision to move its embassy to Jerusalem on Monday.

"One cannot in such a way, unilaterally, revise the agreements, fixed in decisions [made by] the international community," he said. "[...] The determination of the status of Jerusalem is one of the most important of these questions, [and] can be solved exclusively through direct dialogue between the Israeli and Palestinian leaderships," Lavrov said.

Egypt's Foreign Ministry condemned Israel's use of deadly force against peaceful protesters, describing the move as a "serious escalation" that could lead to dangerous consequences.

Qatar later decried the violence as a "massacre", condemning the Israeli army's "systematic murder" of Palestinians near the blockaded Gaza Strip's eastern border with Israel.

Lulwah al-Khater, a spokesperson for Qatar's Foreign Ministry, said her country was "calling on all regional and international powers to pressure Israel to stop the killing".

Zarif described the Gaza Strip, which remains the target of a decade-long Israeli/Egyptian embargo, as the "biggest open-air prison in the world".

And in Lebanon, lawmakers denounced Monday's relocation of the U.S. embassy while slamming Israel's "brutal and barbaric" response to the Gaza protests.

Morocco's King Mohammed VI condemned the relocating of U.S. embassy in Israel in a statement, according to the country's state news agency MAP.

MAP reported that the king was "following with concern the implementation of the U.S. administration's decision to recognize Al Quds [Jerusalem] as the capital of Israel and move its embassy [there]."

In a statement the ministry said that it "warns against the grave dangers and negative repercussions of this serious provocation in the occupied Palestinian territories, stressing its total rejection of the use of force in the face of peaceful marches that call for the rights of the Palestinian people."

The ministry reiterated its "firm position and support to the legitimate rights of the brotherly Palestinian people", the statement added.

The Organization of Islamic Cooperation (OIC), in a written statement, described the U.S. move to relocate its embassy to Jerusalem as "illegal". The statement highlighted that the historical and legal rights of the Palestinian people were being "targeted" and international regulations have been "neglected".

Thousands of Palestinians gathered on the Gaza Strip's eastern border since early Monday morning to take part in protests aimed to commemorate the Nakba anniversary and protest relocating the U.S. Embassy from Tel Aviv to Jerusalem.