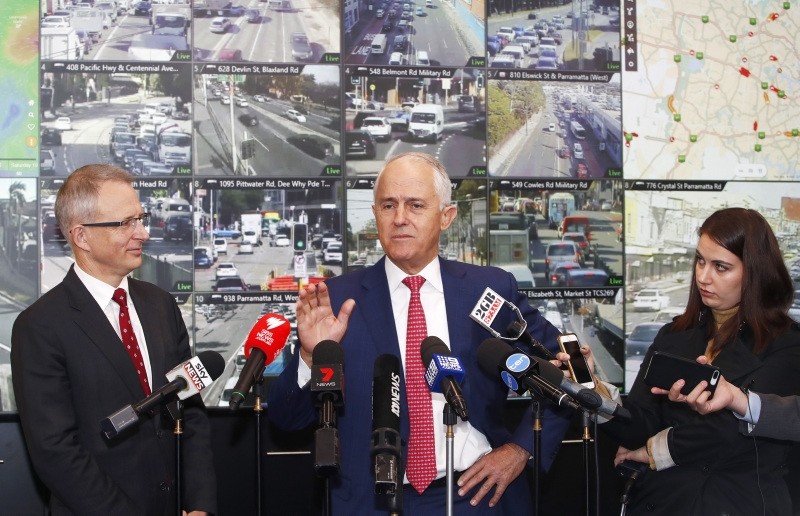 Australian Prime Minister Malcolm Turnbull (R) speaks to the media during a visit to the Traffic Management Centre in Sydney, New South Wales, Australia, 11 May 2018. (EPA Photo)
by Daily Sabah with AP May 15, 2018 12:00 am

Australia's prime minister blamed Palestinian group Hamas for the deaths of more than 50 Palestinians, who were killed by Israeli fire during protests along the Gaza border.

Turnbull says: "They're pushing people to the border. In that conflict zone, you're basically pushing people into circumstances where they are very likely to be shot at."

Australian Foreign Minister Julie Bishop called on Israel in a statement to be proportionate in its response and refrain from excessive use of force.

Turnbull said Australia will not follow the U.S. lead by moving its embassy in Israel to Jerusalem.

At least 60 Palestinians, including 9 children under the age of 16, were killed and 2,400 were injured while protesting along the Gaza border against the U.S. embassy opening in Jerusalem in the conflict's bloodiest day in years.

Most of the Gazans who died Monday were shot by Israeli snipers, Gaza's health ministry said.