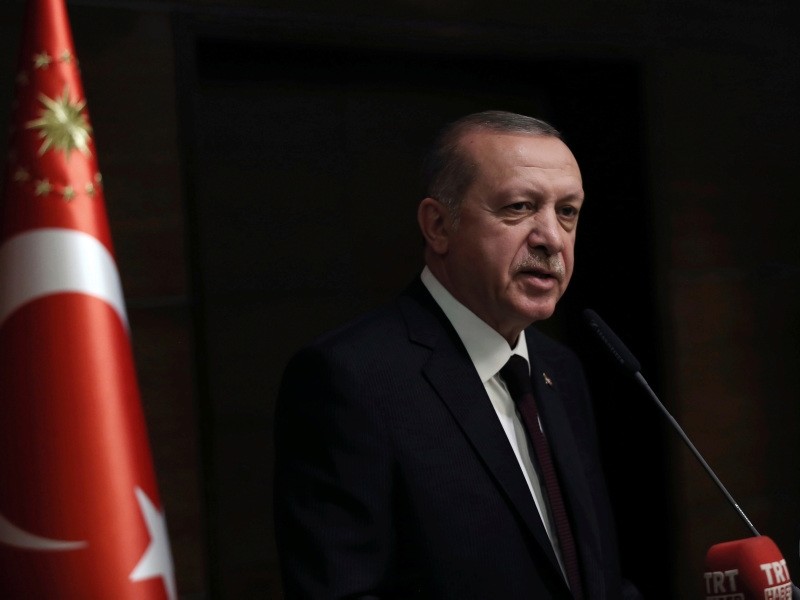 In a tweet, the president said Palestinians are not terrorists and Hamas is only defending the Palestinian homeland against Israel as an occupying power.

Hamas is not a terrorist organization and Palestinians are not terrorists.

It is a resistance movement that defends the Palestinian homeland against an occupying power.

The world stands in solidarity with the people of Palestine against their oppressors.

Earlier in the day, Erdoğan had called Netanyahu "the PM of an apartheid state that has occupied a defenseless people's lands for 60 more years in violation of U.N. resolutions.

"He has the blood of Palestinians on his hands and can't cover up crimes by attacking Turkey," Erdoğan said in an English-language Twitter post in response to earlier remarks made by Netanyahu.

"Want a lesson in humanity? Read the 10 commandments."

Early Tuesday, Netanyahu had tweeted: "Erdoğan is one of the biggest supporters of Hamas, so there's no doubt he's an expert on terror and slaughter."

Erdoğan called Israel a "terror state" and accused it of "genocide" on Monday after the killings of 62 Palestinians in protests along the Gaza border against the opening of U.S. embassy in Jerusalem.Trump sparked international outcry last December when he unilaterally recognized Jerusalem as Israel's capital and vowed to relocate Washington's embassy to the city.

Thousands of Palestinians had gathered on Gaza Strip's eastern border early Monday morning to take part in protests aimed to commemorate the Nakba anniversary and protest relocating the U.S. Embassy from Tel Aviv to Jerusalem.

Most of the Palestinians killed on Monday were shot by Israeli snipers, Gaza's health ministry has said, and included a 8-month-old baby who died from tear gas inhalation along with eight children under the age of 16.