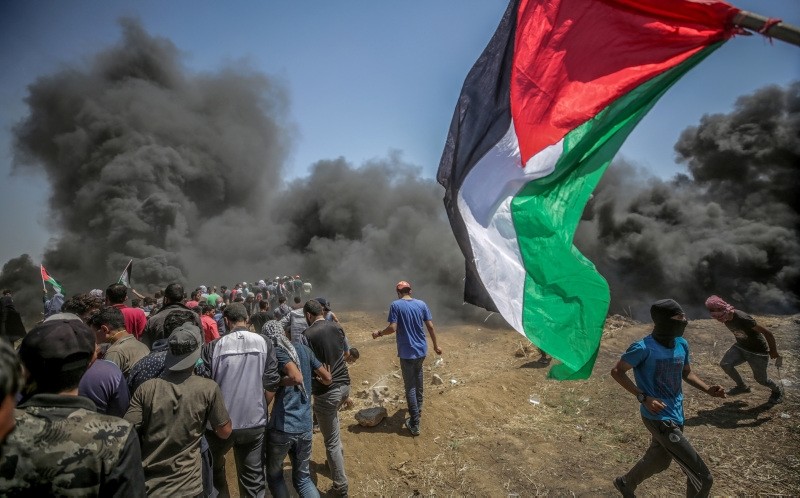 Three Palestinian on Saturday succumbed to wounds they sustained during protests against the decades-long Israeli occupation earlier this week, according to the Health Ministry.

The new deaths bring to 65 the number of Palestinians killed by Israeli gunfire during Monday's protests on Gaza Strip's eastern border. Hundreds more were injured in what turned out to be the deadliest day of cross-border violence in recent years. It marked the climax of weeks of mass protests at the border with Israel.

The border protests were part of weeks-long rallies marking the 70th anniversary of Israel's establishment -- an event Palestinians refer to as the "Nakba" or "The Catastrophe."

At least 113 Palestinians have been killed in a campaign of protests along the Gaza border since March 30, the vast majority by Israeli snipers during clashes.

Only one Israeli soldier has been reported wounded during that time.

Israel considers the entire city its capital, while the Palestinians see East Jerusalem as the capital of their future state.