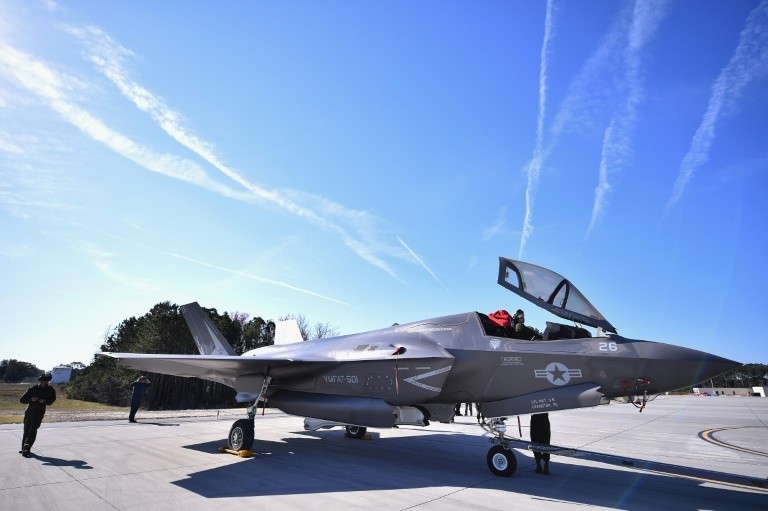 Israel is the first country to have used the U.S.-made F-35 stealth fighter in combat, the Israeli air force chief said on Tuesday in remarks carried by the military's official Twitter account.

Local media further quoted Major-General Amikam Norkin as saying in a speech to the chiefs of 20 foreign air forces convening in Israel: "We are flying the F-35 all over the Middle East and have already attacked twice on two different fronts".

Manufactured by Lockheed Martin Corp, the F-35 is also known as the Joint Strike Fighter and, in Israel, by its Hebrew name "Adir" (Mighty).

Israel was the first country outside the United States to acquire the F-35. In December 2016, it received the first two planes out of an order of 50. According to Israeli media, at least nine have been delivered so far.

Israel says it has carried out scores of strikes in Syria against suspected Iranian emplacements or arms transfers to Hezbollah guerrillas in neighboring Lebanon.

Its air forces are also widely believed to have operated over against Islamist militants in the Egyptian Sinai and Hamas arms smugglers in Sudan.