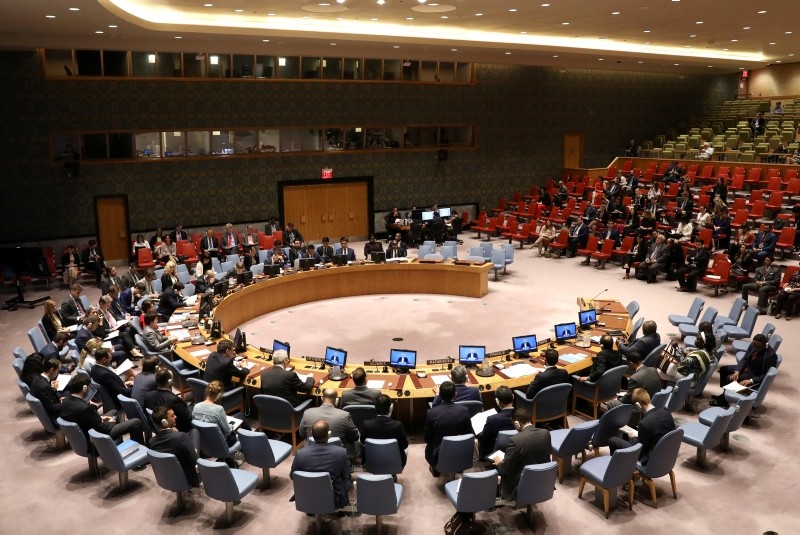 The United Nations Security Council hears a briefing by Nikolay Mladenov (on screens) as the Council meets on Israel and Palestine at U.N. headquarters in New York, U.S., May 23, 2018. (Reuters Photo)
by Associated Press May 23, 2018 12:00 am

The U.N.'s Mideast envoy is calling for urgent action to avoid another Israeli-Palestinian war sparked by the violence in Gaza.

Nikolay Mladenov said "Gaza is on the verge of collapse" and urgent action is needed to alleviate the suffering of its "increasingly desperate" people.

He told the U.N. Security Council on Wednesday that the people of Gaza have survived three "devastating conflicts" and have lived under Hamas control for over a decade "with crippling Israeli closures and with diminishing hopes for an end to the occupation and a political solution."

Mladenov said Gaza is part of "the larger puzzle" linked to the need to unite all Palestinians, and to bring Israelis and Palestinians back to the negotiating table to end their decades-old conflict.