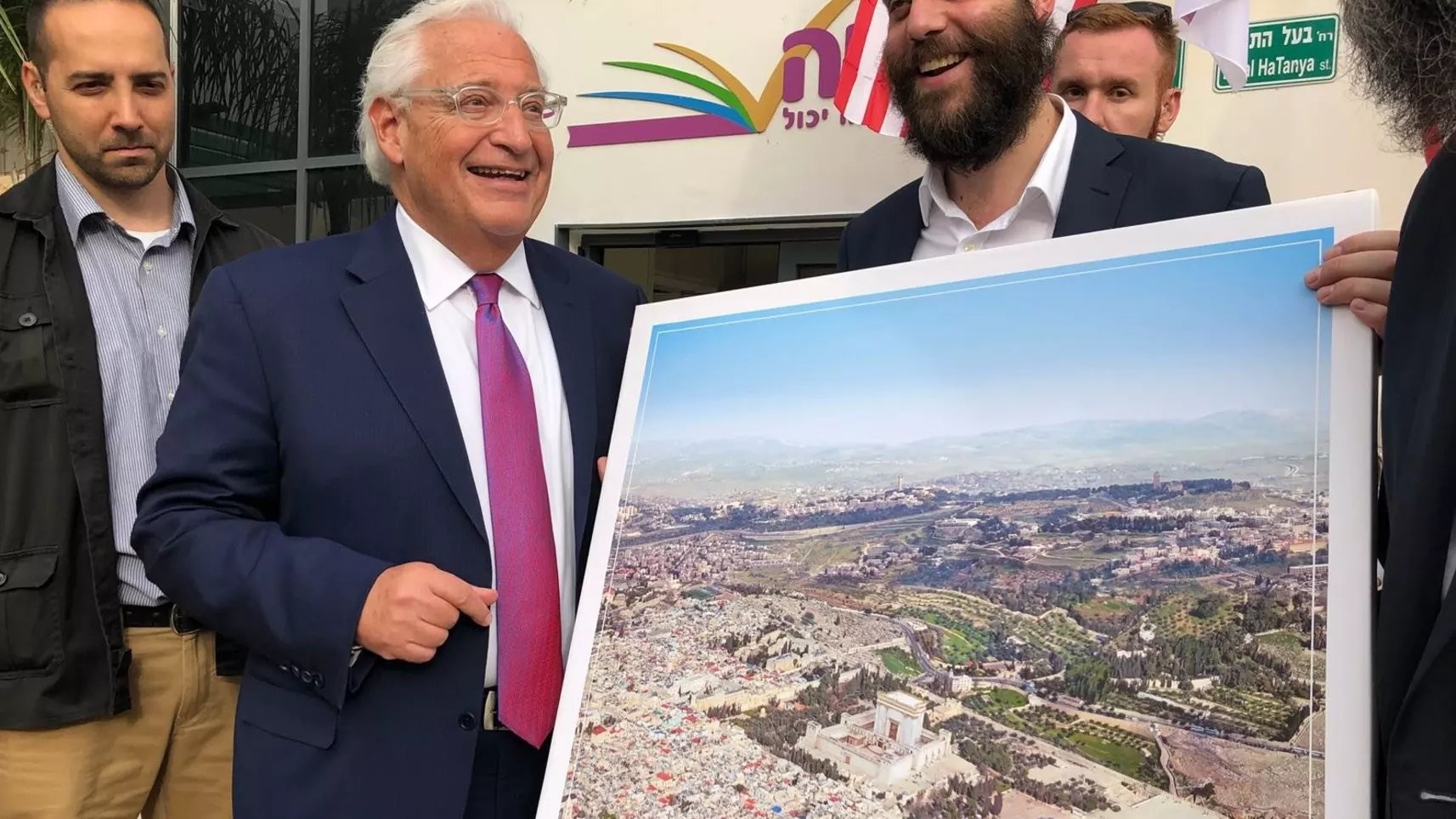 U.S. Ambassador to Israel David Friedman provoked outrage among Palestinians after he was photographed receiving a provocative photo of the Israeli-occupied east Jerusalem with the revered Al-Aqsa mosque erased.

The picture was initially posted by an Israeli non-governmental organization which the ambassador visited Tuesday, after which it began circulating on social media.

Saeb Erekat, the secretary-general of the Palestine Liberation Organization (PLO), in a statement, said the smile on the ambassador's face while he receives the picture is self-explanatory.

"How long will these despicable U.S. actions remain without an Arab and Islamic response worthy of Al-Aqsa Mosque and the greatness of the Haram Al-Sharif (Noble Sanctuary)?" Erekat said.

"They are attacking the first qibla in Islam and turning the conflict into a religious conflict," he added.

The Palestinian government was unconvinced by the embassy's explanation, with a spokesman calling the incident an example of "reckless and racist arrogance," according to WAFA.

The U.S. Embassy responded to the criticism claiming Friedman was unaware of the content of the picture, adding that it was pushed in front of the ambassador without his consent.

"Ambassador Friedman was not aware of the image thrust in front of him when the photo was taken. He was deeply disappointed that anyone would take advantage of his visit to Bnei Brak to create controversy," it said.

"‎The U.S. policy is absolutely clear: we support the status quo on the Haram al-Sharif/Temple Mount."

On Dec. 6, U.S. President Donald Trump announced his decision to recognize Jerusalem as Israel's capital and relocate the U.S. embassy from Tel Aviv to the holy city.

The shift in the longstanding U.S. policy on Jerusalem sparked angry demonstrations in the occupied Palestinian territories and in several Muslim countries.

Recent protests on the Gaza Strip left 65 Palestinians killed and thousands of others injured by Israeli gunfire.

Jerusalem remains at the heart of the Israel-Palestine conflict, with Palestinians hoping that East Jerusalem — now occupied by Israel — might eventually serve as the capital of a Palestinian state.