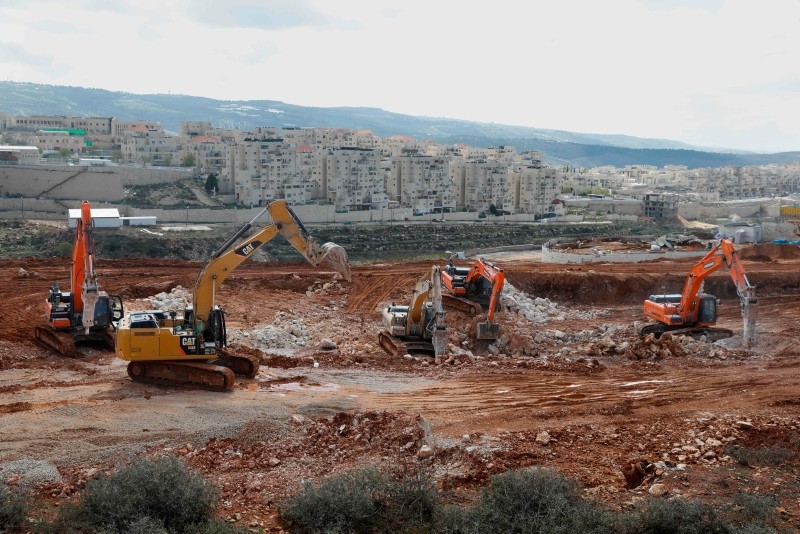 Israeli Defense Minister Avigdor Lieberman said Thursday he would request approval from a planning committee for the building of 2,500 new homes in 30 settlements in the occupied West Bank.

"The 2,500 new units we'll approve in the planning committee next week are for immediate construction in 2018," Lieberman said in a statement, adding he would also seek the committee's approval for a further 1,400 settlement units for later construction.

"We will promote building in all of Judea and Samaria, from the north to south, in small communities and in large ones," Lieberman wrote, using the Biblical names for the West Bank.

"In the coming months we will bring forward thousands more units for approval."

There was no immediate comment from Palestinian officials, who have long argued that Israeli settlements could deny them a viable and contiguous country.

Later Thursday, Israel's supreme court ruled Thursday in favor of demolishing a Palestinian Bedouin village in the occupied West Bank, despite a campaign by European governments to save it.

Campaigners said the hearing had been the final appeal open to the village of Khan al-Ahmar, located close to several Israeli settlements east of Jerusalem.

It was unclear when the demolition of the village home to around 180 residents would take place.

In its ruling the court said it found "no reason to intervene in the decision of the minister of defense to implement the demolition orders issued against the illegal structures in Khan al-Ahmar."

The residents would be relocated elsewhere, it added, in a move critics say amounts to forcible transfer.

The court ruled that the village was built without the relevant building permits.

Such permits are nearly impossible to obtain for Palestinians in Israeli-controlled areas of the West Bank.

"This verdict takes away the absolute minimal protection the Bedouin communities received until recently from the court," Shlomo Lecker, the lawyer representing the village, said in a statement.

"By any standard of international humanitarian law, the verdict is an approval by the Israeli court of a crime against humanity."

The decision was likely to be met with anger by European governments, who had been fighting to save the village.

Last week the head of the British consulate-general in Jerusalem visited the village and said in a video clip published online that the planned demolition was a "matter of great concern for the U.K. and indeed for the European Union."

In a Tuesday appeal to the International Criminal Court, the Palestinian foreign ministry called Israeli settlements "the single most dangerous threat to Palestinian lives and livelihoods".

While Israel would expect to retain certain settlements in any two-state peace deal, longstanding international consensus has been that their status must be negotiated.

Palestinians want the West Bank for a future state, along with East Jerusalem and the Gaza Strip. Most countries consider settlements that Israel has built in territory it captured in the 1967 Middle East war to be illegal.

Israel disputes that its settlements are illegal and says their future should be determined in peace talks with the Palestinians.