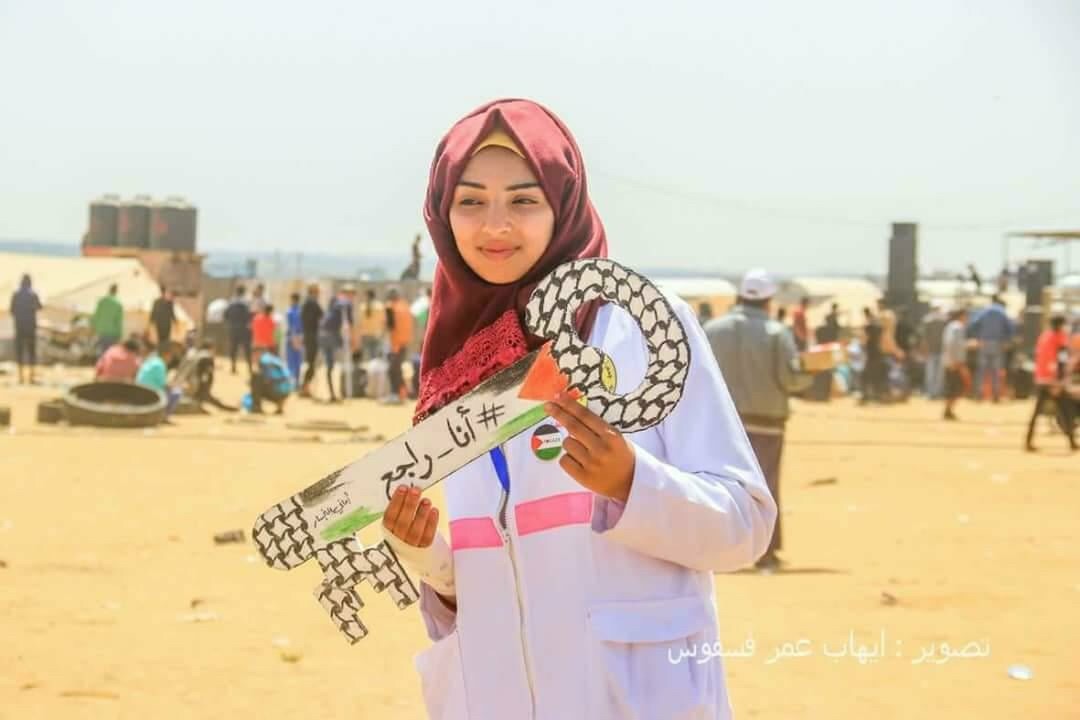 A 21-year-old Palestinian paramedic was shot dead in the chest by Israeli military Friday in the Gaza Strip while wearing the white uniform of a medic, the Palestinian Health Ministry said.

Thousands of Palestinians thronged to the Israeli border in the eastern Gaza Strip, marking the 10th weekly protest aimed at drawing attention to the crippling Israeli-Egyptian blockade and demanding the right for Palestinians to return to former homes in what's now Israel.

The health ministry said Razan Najjar, 21, died of a gunshot wound to the chest, and over 100 people were injured, 40 of them by live fire.

Witnesses said Najjar was a volunteer paramedic who took part in treating wounded protesters during the weekly demonstrations.

The crowds gathered at five tent camps near the border fence separating Israel and the Gaza. Dozens of youths approached the fence, burning tires and hurling rocks at Israeli troops behind the fence.

The Israeli military said in a statement that Palestinian protesters attacked the border fence during Friday's protests and troops responded with "riot dispersal means." The army also said that a military vehicle came under fire, and a grenade planted on the fence exploded. No Israeli troops were injured.

Egyptian mediation efforts successfully restored the cease-fire that has largely held since the end of a 50-day war between Israel and Gaza resistance groups in 2014.

Friday's protests were the latest in a series of demonstrations orchestrated weekly by Hamas since late March. Tensions soared on May 14, when the U.S. relocated its embassy to contested Jerusalem. Over 60 Palestinians were killed that day.

Since March 30, Israeli fire has killed more than 115 Palestinians, most of them unarmed protesters, according to the Palestinian Health Ministry.

Organizers of the protests vowed to continue them until the blockade — imposed after Hamas forcibly seized control of the coastal enclave in 2007 after winning legislative elections a year earlier — is lifted. They also called for a high turnout for Tuesday's protests, which mark the 51st anniversary of the Six Day War, in which Israel captured Gaza, the West Bank and east Jerusalem. Israel withdrew from the Gaza Strip in 2005.

Demonstrators at Friday's protests waved Kuwaiti flags to thank the Persian Gulf state for blocking a U.S. bid to condemn Gaza rocket fire at the Security Council earlier this week.

Mahmoud Zahar, a Hamas official who joined the protest east of Gaza City, praised the turnout despite Ramadan.

"Those who bet on dwindling participation are proved to be wrong today," he told reporters.