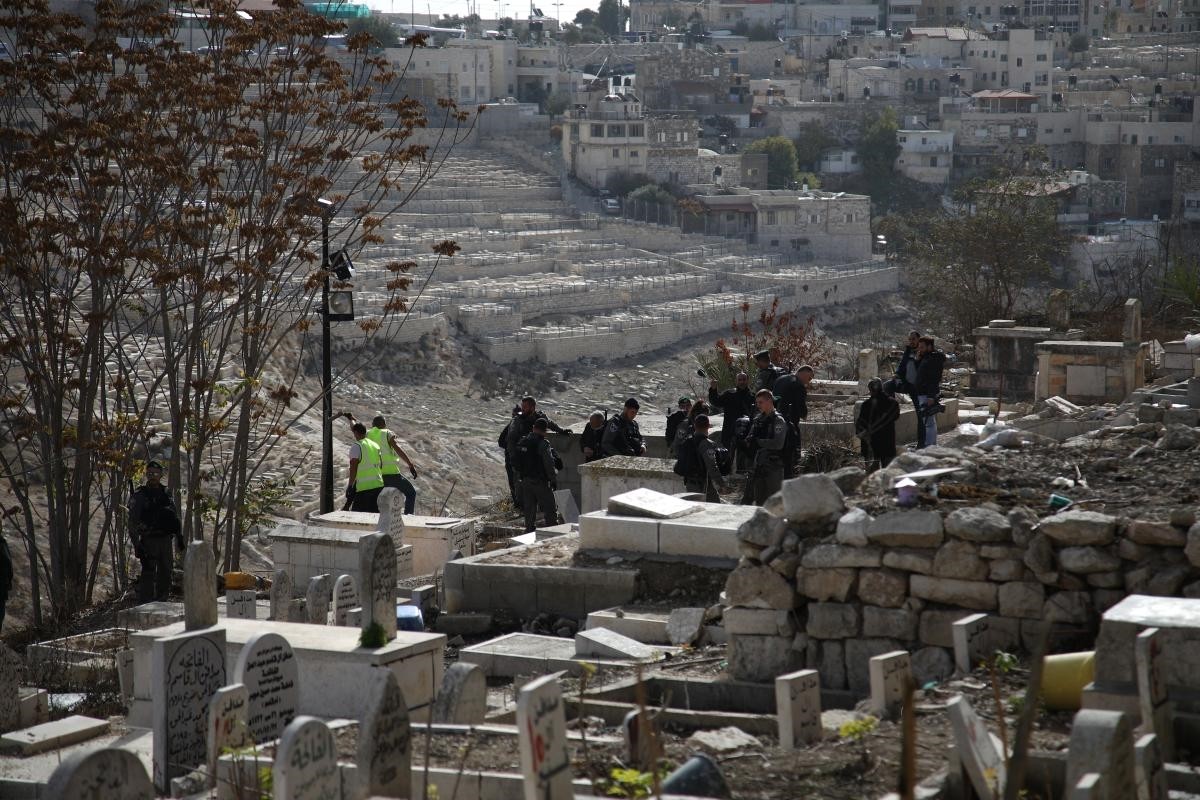 Israeli authorities have resumed excavation work at the historic Bab Al-Rahma cemetery, just outside the eastern wall of Al-Aqsa Mosque in Jerusalem, according to the Palestinian news agency Wafa.

Israel's Nature And Parks Authority (INPA) reportedly began digging up graves about three weeks ago in order to establish "a national park on parts of the cemetery's land," Wafa said.

The centuriesold cemetery has great religious significance and is the site of the graves of Ubada ibn as-Samit and Shadad ibn Aus, companions of the Prophet Muhammad.

Wafa said INPA last month fenced off the parts of the cemetery it plans to annex, including the land on which the Muslim leaders are buried.

Several Palestinians were reportedly injured by Israeli police as they tried to stop the demolition of the graves over the weekend.

Demolition at Bab Al-Rahma began in 2015, when Israeli authorities announced they would seize sections of the cemetery to build a national park trail.

Israel has no legal rights to annex land in occupied East Jerusalem, according to several United Nations resolutions. However, such desecration of holy sites – both Muslim and Christian – is routinely carried out by Israel.