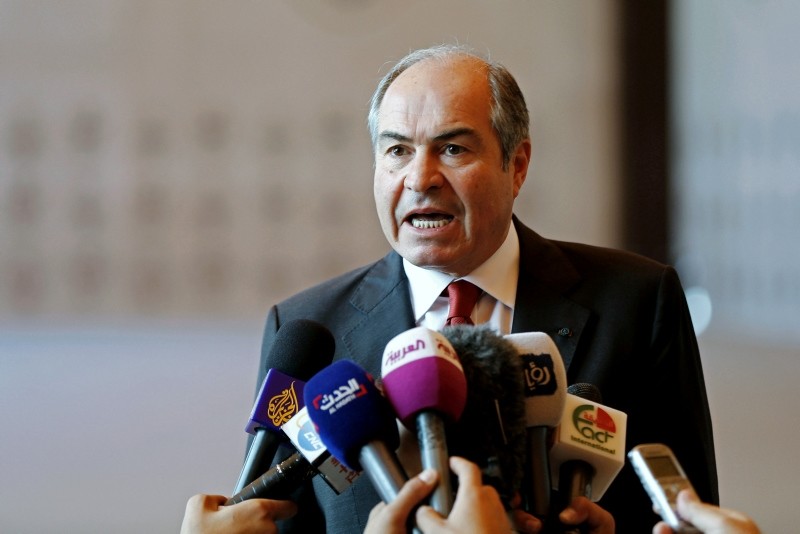 ordan's Prime Minister Hani Mulki speaks to the media after the swearing-in ceremony for the new cabinet at the Royal Palace in Amman, Jordan (Reuters Photo)
by Associated Press Jun 04, 2018 12:00 am

Jordan's King Abdullah II Monday accepted the resignation of his embattled prime minister and named a leading reformer in his place, hoping to quell the largest anti-government protests in recent years that are also seen as a potential challenge to his two-decade-old rule.

The kingdom is a key military and political ally of the West in a turbulent region, and any threat to Jordan's stability is viewed with concern, particularly by neighboring Israel and by the U.S.

Prime Minister Hani Mulki's resignation came after several days of mass protests across Jordan against a planned tax increase and a series of price hikes of basics such as fuel and electricity in recent months. It was not immediately clear if Mulki's departure and the reported appointment of Education Minister Omar Razzaz as his replacement would suffice to defuse growing public anger against the government. The Harvard-educated Razzaz is seen as a leading reformer.

Jordan's king is the ultimate decision-maker on policy, but also positions himself as a unifying force above the political fray. He has frequently reshuffled or disbanded governments as a way of quieting criticism.

Protest organizer Ali Abous said a one-day strike set for Wednesday would still take place, despite the Cabinet changes. "We want to change the path, not the individuals," said Abous, who heads an umbrella group for 15 unions and professional associations with half a million members.

The recent days of protests have been unique in Jordan. They were largely spontaneous, drawing many young people and members of the middle class, rather than being organized by traditional opposition groups such as the Muslim Brotherhood. In a show of non-violence, protesters raised their hands in the air as they were being pushed away from the prime minister's office by helmeted riot police.

Protest organizers have urged the king to cancel the tax plan, saying the poor are being targeted disproportionately. The king has indicated he is willing to make gestures, saying earlier this week that Jordan's citizens cannot be expected to bear the entire burden of economic reform. Jordan's government is under pressure from the International Monetary Fund (IMF) to carry out economic reforms and austerity measures to rein in growing public debt. The kingdom has experienced an economic downturn in part because of the prolonged conflict in neighboring Syria and Iraq and a large influx of refugees several years ago. The official unemployment rate has risen above 18 percent, and it is believed to be double that among young Jordanians. Many Jordanians, including the middle class, feel they are being squeezed financially by a government they perceive as corrupt and say they are not getting services for the taxes they are asked to pay.

Abdullah became king in 1999, taking over from his late father, Hussein, and has weathered a series of political crises. During the 2011 Arab Spring uprisings, he promised political reforms but instead tightened his rule after the outbreak of violent conflicts in the region, including in Syria. Israel has maintained discreet security ties with Jordan. Yoav Gallant, a member of Israel's security Cabinet and retired general, told foreign journalists in a news conference yesterday that it is in Israel's interest "that stability will go back to Jordan as soon as possible."