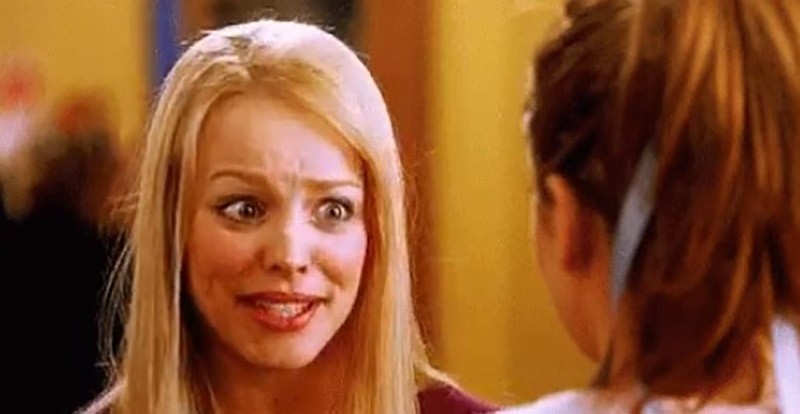 Israel's diplomacy with Iran has sunk to new levels, after the Israeli embassy mocked a tweet by Iranian Supreme Leader Ayatollah Ali Khamenei with a GIF from the American chick flick "Mean Girls."

Khamenei tweeted Sunday that Israel's presence in the region was harmful, saying "Our stance against Israel is the same stance we have always taken."

The Israeli Embassy replied to the post only with a GIF of the catty character Regina George saying, "Why are you so obsessed with me?"

The response drew criticism for its infantilism and tactlessness. While some Israelis and their supporters got a laugh out of the wisecrack, other Twitter users reacted with disbelief, calling it "embarrassing" and "inappropriate."

Others said the post marked another dive for "Twitter diplomacy," a practice of handling diplomatic interactions via social media, most notably employed by U.S. President Donald Trump.

Tensions between Iran and Israel have grown in recent weeks, after Trump pulled out of the Iran nuclear deal, a move praised by Israel and condemned by European states, who stood by the agreement with Iran.

On Tuesday, Iranian diplomat Ali Akbar Salehi reiterated that Iran "will remain within the framework of the 2015 nuclear agreement," as the country prepares to inform the United Nations' nuclear agency that is beginning to increase capacity to produce uranium.

Israel's intelligence minister, meanwhile, called for a military coalition against Iran if it were to defy world powers by enriching military-grade uranium.

Israeli Prime Minister Benjamin Netanyahu is currently visiting Europe to meet with the leaders of Germany, France and U.K. to try to persuade them to take a hardline stance against Iran.