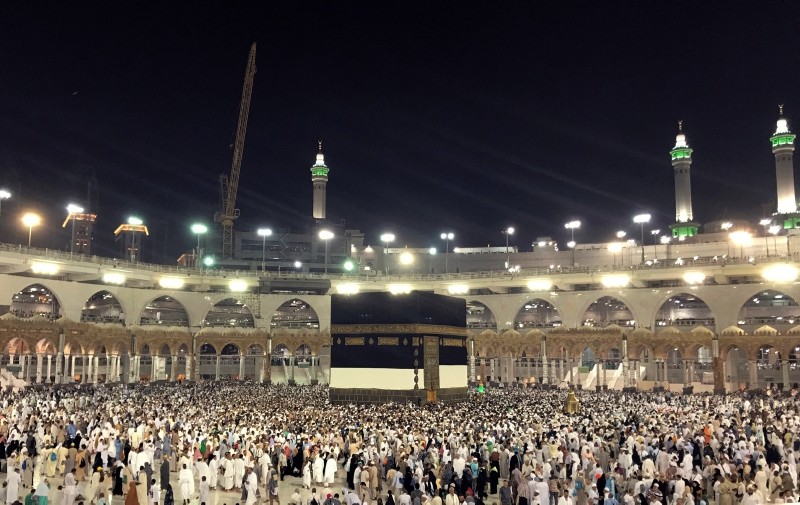 Muslim pilgrims circumambulate around the Kaaba, the cubic building at the Grand Mosque, ahead of the annual Hajj pilgrimage in the Muslim holy city of Mecca, Saudi Arabia (AP Photo)
by Anadolu Agency Jun 05, 2018 12:00 am

Saudi Arabia has decided to allow Umrah pilgrims residing in Qatar to enter the kingdom (on all airlines except Qatar Airways) during the last 10 days of the Ramadan fasting month, which will end in mid-June.

According to a Tuesday statement released by the Saudi Ministry for Hajj and Umrah Affairs, residents of Qatar must apply for the visit through authorized Saudi companies only.

However, pilgrims coming from Qatar will have to take indirect flights to the kingdom since all direct flights between the two neighbors have been suspended since June of last year.

According to the Saudi Press Agency, applicants must apply for visas online since there is currently no functioning Saudi embassy in Doha.

It is the first time for Saudi Arabia to allow pilgrims coming from Qatar to enter the country since relations between the two countries were severed one year ago.

The Saudi-led axis also imposed a land, sea and air blockade on Qatar, with Riyadh closing the Abu Samra border crossing, which links the two countries.

The four-nation Arab bloc also called on Doha to meet a long list of demands or face further sanctions. Those demands include the closure of Qatar's Al Jazeera television network and the closure of a Turkish military base located near Doha.

Qatar, for its part, vociferously denies the accusations of terrorism and describes the ongoing blockade by its fellow Arab states as a violation of international law.