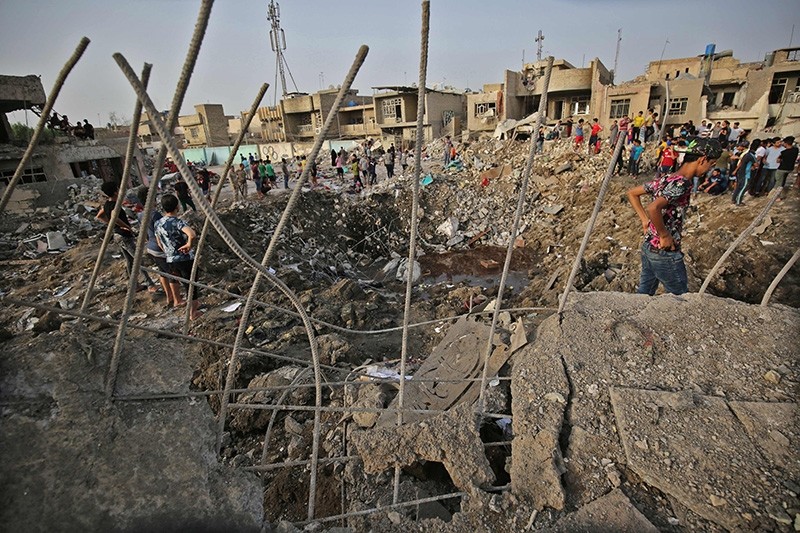 Iraqi security officials say the toll from explosions that tore through a mosque in Baghdad has climbed to 16 dead and 35 wounded.

A pair of explosions ripped through a mosque in a mostly Shiite district of Iraq's capital Wednesday, security officials said.

They said the blasts in Baghdad's Sadr City district almost completely destroyed the mosque and damaged several nearby houses.

The officials agreed to give details of the attack only on condition of anonymity because they were not authorized to speak to the media.

A government statement said the blasts occurred at a weapons depot in Sadr City. It said an investigation was underway to determine the cause of the explosions, but did not give the exact location of the depot.

The officials said weapons were stored inside the mosque, which is frequented by supporters of Muqtada al-Sadr, a Shiite cleric whose supporters once fought American troops in Iraq in the years after the U.S.-led invasion of Iraq in 2003.

Al-Sadr's followers won the largest number of seats in Iraq's May 12 parliamentary elections but would have to form a coalition government with other blocs in a process that could drag on for months.

On Wednesday, Iraqi parliament voted to order a manual recount of all ballots after allegations of election fraud.

Al-Sadr also commands a government-backed paramilitary force, which took part in the nearly three-year war against the Daesh terror group, which had in 2013 and 2014 seized large swathes of Iraq's territory. Iraq declared victory over Daesh last year, but the terrorist group retains pockets in western and northern Iraq and continues to stage attacks on security forces.