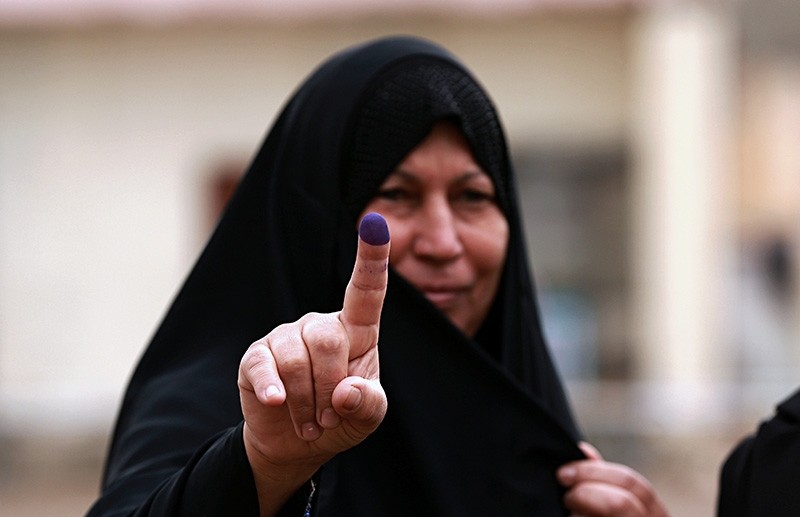 Iraq's parliament Wednesday ordered a manual recount of the May 12 legislative elections and sacked the commission which oversaw the polls that resulted in a surprise victory for a populist Shiite cleric.

After several failed attempts because of a lack of quorum, outgoing MPs met to order a recount at all polling stations, covering almost 11 million votes, in response to charges of electoral fraud.

The nine-member independent commission was dismissed and is to be replaced by judges.

Confusion has gripped Iraq since the vote won by Shiite cleric Moqtada Sadr's electoral alliance with communists, even with negotiations to form a new government underway.

Since last month's victory of anti-establishment electoral lists for a four-year mandate, longtime political figures pushed out by Iraqi voters hoping for change have been calling for a recount.

According to intelligence services, tests of electronic voting machines -- used for the first time in Iraqi elections -- produced varied results, appearing to give credence to the fraud claims.

Parliament already decided last week to annul the ballots of displaced Iraqis and those living abroad, although they accounted for only a small fraction of the overall vote.

The election saw a record number of abstentions as Iraqis snubbed the corruption-tainted elite that has dominated the country since the 2003 U.S.-led invasion that toppled Saddam Hussein.

Many of Iraq's longtime political figures -- seemingly irremovable since the dictator's fall -- were pushed out of their seats by new faces.

It is their voices -- with parliament speaker Salim al-Juburi leading the charge -- that have been the loudest in challenging the poll results.

Less than half of Iraq's 24-million electorate took part, dumping the old guard in favor of Sadr's alliance followed by a list of former fighters of the Hashed al-Shaabi alliance that last year played a key role in the defeat of the Daesh terror group.

The recount is unlikely to produce a major change in the number of seats won by the rival lists, according to experts on Iraqi politics, but rather modify the rankings of candidates within the same lists.

The presidency endorsed parliament's decision on a recount, for which no timetable has been announced.

The outgoing government of Prime Minister Haider al-Abadi could be asked to stay on in a caretaker capacity, political analyst Essam al-Fili told AFP.

He said such a scenario would "generate political tensions which could lead to other consequences," especially in a country where several political formations are affiliated to fighting forces.

It is in the multi-ethnic, oil-rich northern province of Kirkuk that the challenge to the election results has been the strongest -- and the most potentially explosive.

Kirkuk's ethnically mixed population -- majority Kurdish but with sizable Arab and Turkmen minorities -- pushed Iraqi authorities to impose a curfew on the night of the results.