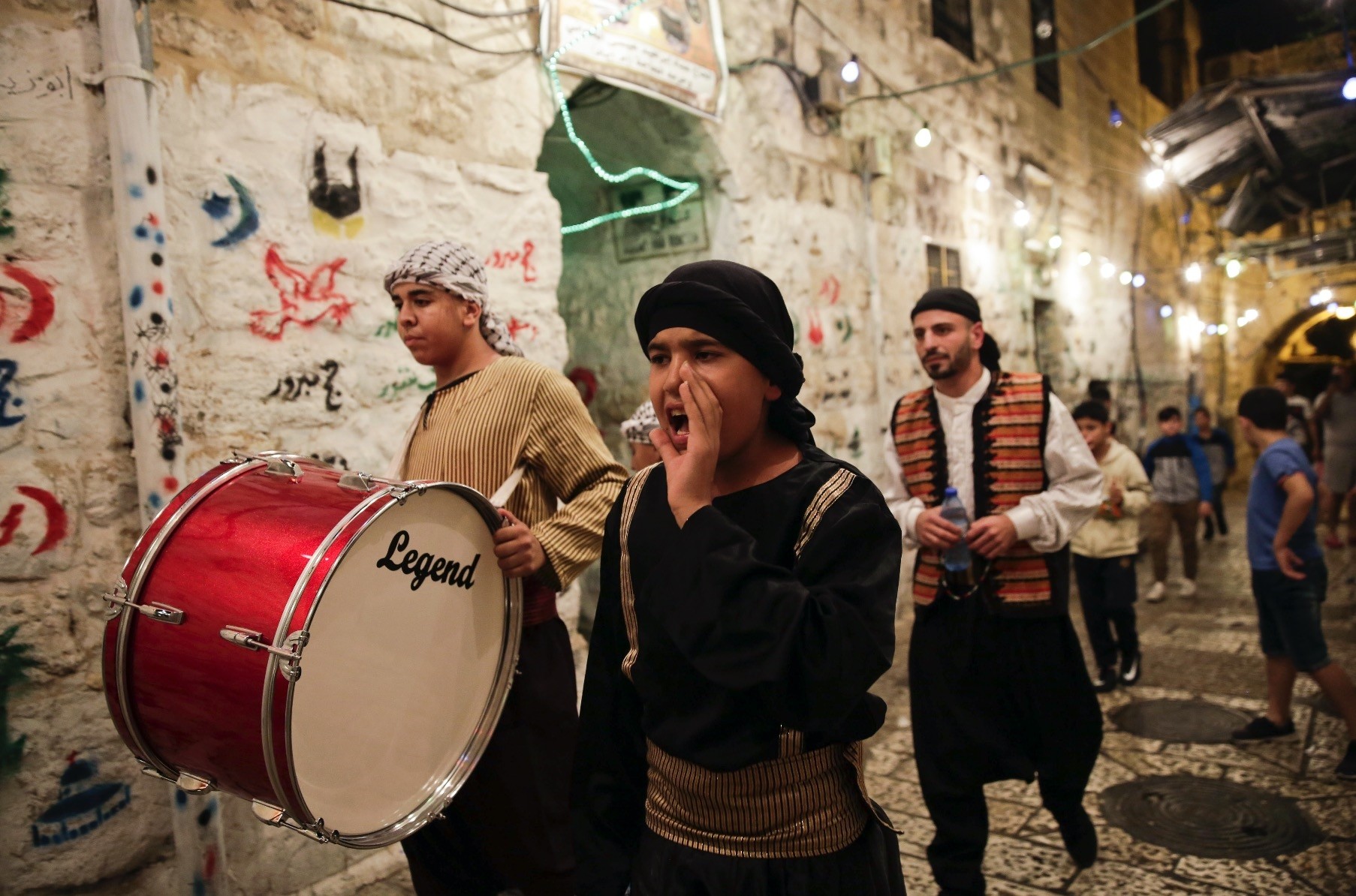 The Palestinian men who chant and beat drums to wake up the faithful during Ramadan in Jerusalem's Old City say they are being unfairly targeted by Israeli police over their early-morning tradition.

The public wakers, known as musaharati, walk through parts of the Old City from 2 a.m., waking up Muslims for the "suhoor" meal ahead of the daily dawn-to-dusk fast during the holy month, which ends next week. But since residents began filing complaints with police about the noise, they say they have been arrested and fined for doing what they say is a part of Palestinian heritage.

"They claim that we disturb them, but that's not true. They want to erase something called Palestinian Jerusalemite heritage," said Mohamed Hagej, 26, who has worked as a public waker for three years. He said he believes the complaints come from Jewish settlers.

What would be a standard dispute between neighbors in another region takes on a political hue in Jerusalem's Old City, which is divided into Muslim, Jewish, Christian and Armenian quarters, where residents generally live separately. But an increasing number of nationalistic Jews have settled in the Muslim quarter, inflaming tensions with Palestinian residents who see their presence as provocative.

Israel captured east Jerusalem, including the Old City, in the 1967 Mideast war and annexed the area in a move that is not internationally recognized. Israel considers the entire city to be its capital, while the Palestinians seek east Jerusalem as the capital of a future state.

In previous years, Hagej said he had no trouble with the police. But this year, he says he has been arrested four times, and claims that at one point, Israeli paramilitary border police used tear gas on him and another musaharati. Hagej was fined 450 shekels ($125) after his first arrest, a fine that increased with each offense. Israel police spokesman Micky Rosenfeld said police were simply responding to the noise complaints. "After complaints were made by residents of the Old City in connection with the noise, the police acted accordingly to stop the offense," he said. He said he was not aware of any tear gas use, and would not say whether those who complained were Jewish or Palestinian.