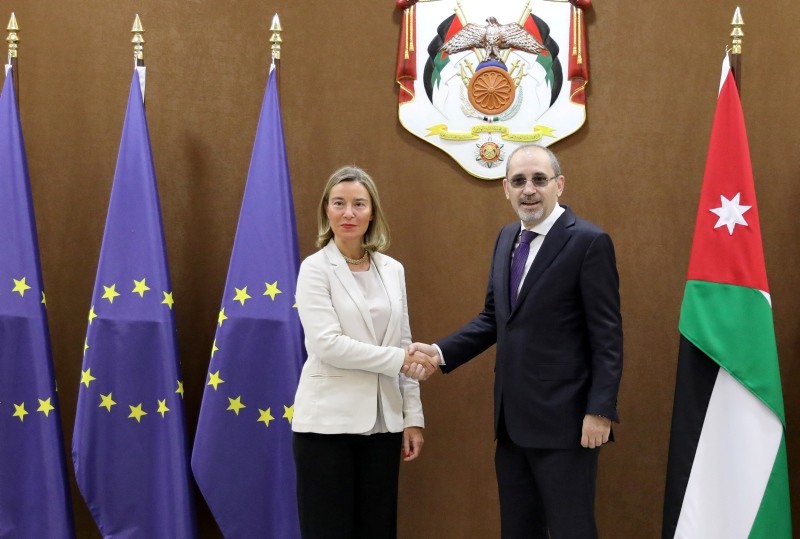 The European Union's foreign policy chief assured Jordan of continued financial support Sunday, saying it's an investment in an ally in the "most heated and difficult area of the world."

Federica Mogherini's visit to Jordan came days after the country's prime minister quit amid widespread protests against a government austerity plan sought by international lenders, including proposed tax increases. The new prime minister says he will scrap the tax plan and devise a new one.

Jordan is increasingly in debt and dependent on foreign aid, at a time of economic downturn and growing unemployment, largely linked to regional crises. Jordan has absorbed hundreds of thousands of Syrian refugees in recent years, while trade with troubled neighbors has been disrupted.

Mogherini told a news conference with Jordanian Foreign Minister Ayman Safadi on Sunday that the European Union has given Jordan 1 billion euros ($1.18 billion) over three years, financing a range of programs in infrastructure, water and energy sectors as well as education.

"We are here not as a gesture of charity, if you allow me the expression, but as an investment," she said, adding that Jordan is located "in probably the most heated and difficult area of the world."

The EU foreign policy chief said it's up to Jordan to devise its own reform program, but stressed the importance of dealing with tax evasion. The new prime minister, Omar Razzaz, has promised to formulate a new tax plan in consultations with various groups in Jordan.

Later Sunday, Saudi Arabia is to host a meeting among several Gulf Arab countries to offer support to Jordan. The Saudi Royal Court said the meeting in Mecca would include Saudi Arabia, Jordan, Kuwait and the United Arab Emirates.

In December 2011, the Gulf Cooperation Council pledged to give $2.5 billion in aid each to Jordan and Morocco, both of which had been invited to join the regional group that year.

The pledge from the GCC was to last five years. It expired last year and so far the GCC has yet to offer any additional funding as the bloc remains split by the diplomatic crisis engulfing Qatar.

Safadi said Sunday that Jordan appreciates the Saudi effort and that "we look forward to the results of today's dialogue." He did not address the issue of Gulf aid.