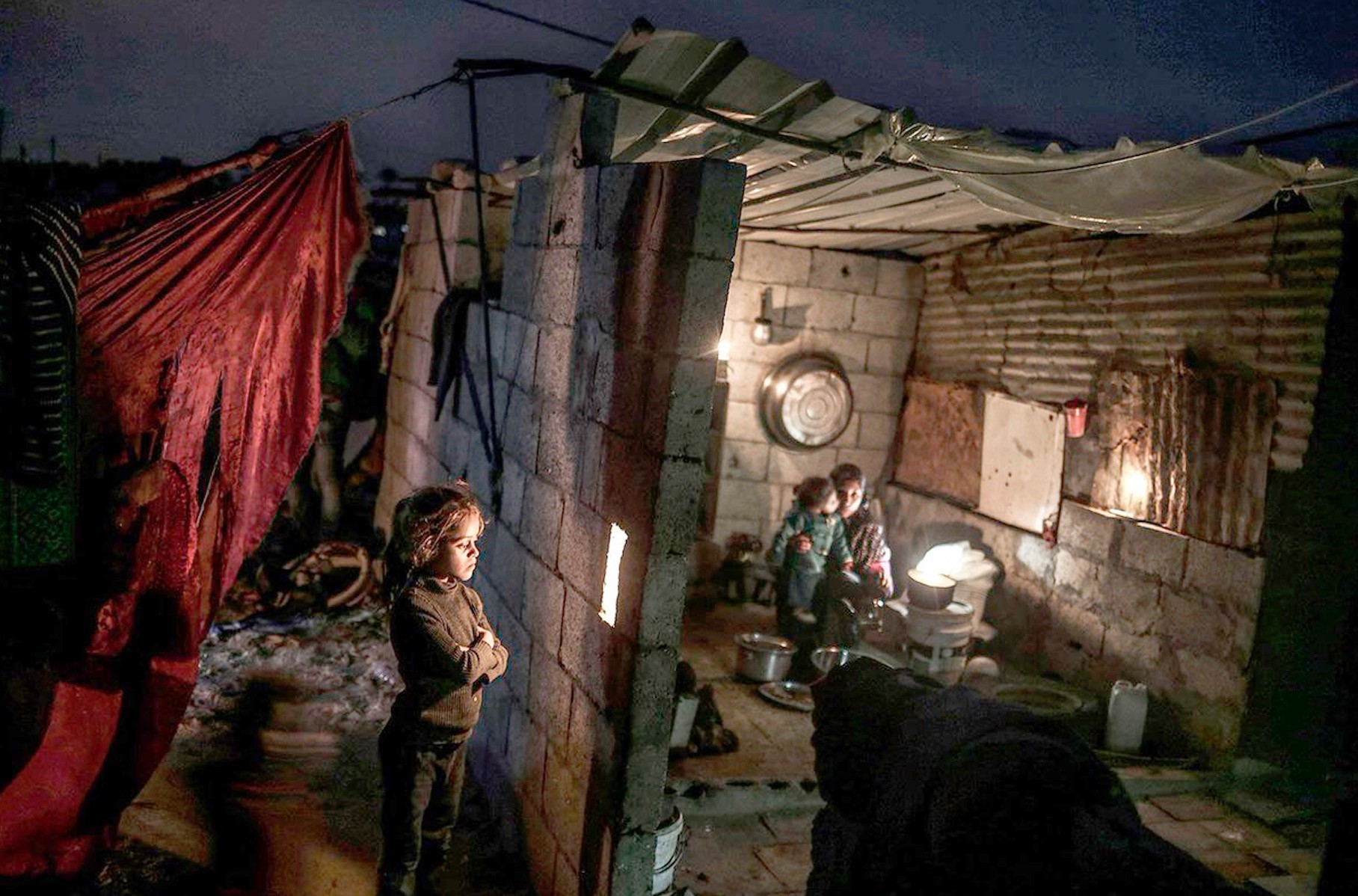 The people of Gaza face a lack of electricity, drinking water and food due to the ongoing Israeli blockade.
by Compiled from Wire Services Jun 15, 2018 12:00 am

Israel's killing of at least 130 Palestinians during protests at the Gaza border is casting a shadow in the enclave on its celebration of Eid al-Fitr, the Muslim holiday marking the end of the fasting month of Ramadan. A Palestinian shot in clashes with Israeli forces on the Gaza border succumbed to his wounds Thursday, Gaza's Health Ministry said in a statement. Ahmed al-Assi, 21, was shot east of Khan Yunis on June 8, the statement added. It said he was wounded in the head and had been in critical condition.

Economic hardship arising from years of blockades, conflict and internal political rivalries has also darkened the mood in the Hamas-run territory of two million people, where Gaza economists put the unemployment rate at 49.9 percent.

"This is the toughest Eid of my life," Worod al-Jamal, whose 15-year-old son Haitham was killed by Israeli fire at a protest on June 7, said on Thursday on the eve of the holiday, as reported by Reuters.

She showed reporters the new pair of jeans, shoes and a T-shirt her son bought just two days before his death. Purchasing new children's clothing is part of the holiday tradition.

Dozens of other families in Gaza are also in mourning this year. Deepening poverty has only compounded a sense of despair.

"The situation is bad. ...Purchasing power is very weak and sales this year are at their lowest in years," said Omar al-Bayouk, whose clothing shop, like many others stores in Gaza, was virtually devoid of customers in the run-up to the holiday.

"I bought a pair of shoes but I will only be able to wear one shoe. The other, I will keep at home," said the teen, whose left leg was amputated after he was wounded by Israeli army gunfire at one of the protests.

Gaza has been on the brink of collapse after weeks of violence have left more than 13,000 Palestinians wounded, overwhelming an already disastrously weak health system, the Red Cross warned late May.

Since 2007, the Gaza Strip has groaned under a crippling Israeli and Egyptian blockade that has gutted its economy and deprived its roughly two million inhabitants of many vital commodities, including food, fuel and medicine. In the long-embargoed enclave, the humanitarian situation has gotten worse each day.

The International Committee of the Red Cross (ICRC) has appealed to donors for a $5.3-million budget extension to fund a new 50-bed surgical unit in the Al-Shifa Hospital, medical supplies and other additional assistance. That comes on top of its annual budget for its work across Israel and the Palestinian territories of around $49 million, far less than half of which is funded.