Cancelation of some votes in May election unconstitutional, Iraq's top court rules 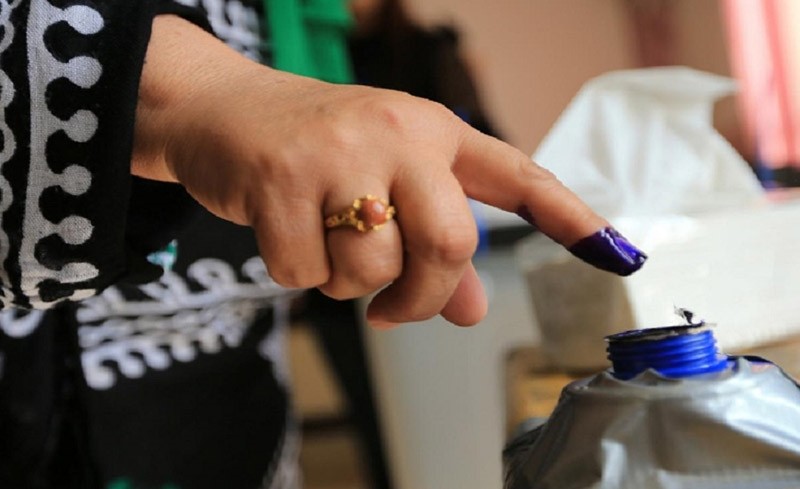 An Iraqi woman's finger is seen stained with ink at a polling station during the parliamentary election in Sulaimaniyah, Iraq May 12, 2018. (Reuters Photo)
by Jun 21, 2018 12:00 am

Iraq's top court upheld on Thursday a law mandating a nationwide recount of votes in a May parliamentary election but ruled that the cancellation of overseas, displaced, and Peshmerga ballots was unconstitutional.

Parliament, which had mandated the recount after a number of political parties alleged fraud, had canceled some results such as overseas and displaced votes by amending the election law this month.

The verdict from the Supreme Federal Court confirms the recount process, which has already begun after judges took over leadership of Iraq's Independent High Elections Commission. The verdict is final and not subject to appeal.

The court was tasked with ruling on the matter after the law amendment was challenged by Iraq's president, the election commission chief, and a Kurdish party.

The remainder of the election law was constitutional, Judge Medhat al-Mahmoud said in the verdict.

The major OPEC oil producer faces political uncertainty after the election, which was marred by a historically low turnout and allegations of fraud.

Nationalist cleric Moqtada al-Sadr and Iranian-backed militia chief Hadi al-Amiri, who won first and second place respectively in the polls, have announced an alliance between their political blocs.

But no government has been formed yet and parliament has mandated a recount of the vote.