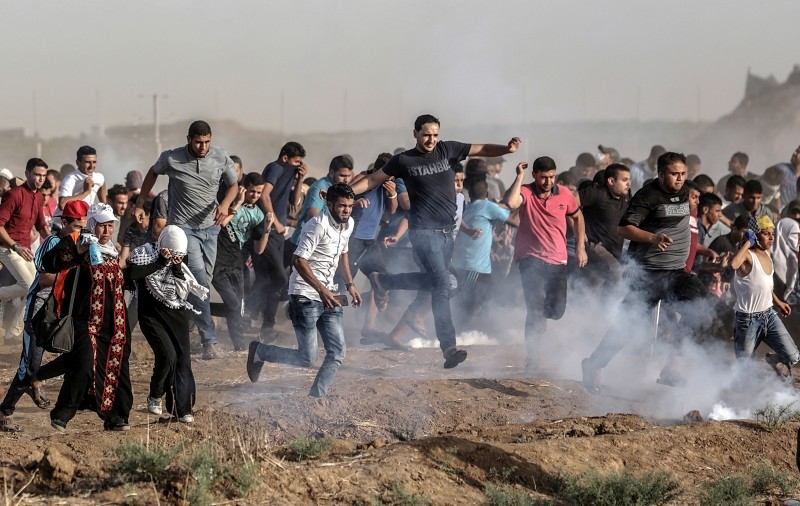 At least 206 Palestinian protesters have been wounded Friday by the Israeli fire along the Gaza border, the Health Ministry said.

It said 120 injured persons were taken to the hospital.

Ali Cadallah, the photojournalist, who received bullet wound in his left hand, was taken to a hospital.

A few thousand Palestinians attended Friday's rally near the border with a few dozen venturing toward the fence.

The recent protests that have started with U.S. President Donald Trump's decision to recognize Jerusalem as the capital of Israel saw more than a hundred of Palestinians being killed by Israeli soldiers. Most of those killed were unarmed protesters on the border.

Protesters demand the "right of return" to their homes in historical Palestine from which they were driven in 1948 to make way for the new state of Israel.

They also demand an end to Israel's decade-long blockade of the Gaza Strip, which has gutted the coastal enclave's economy and deprived its two million inhabitants of many basic commodities.