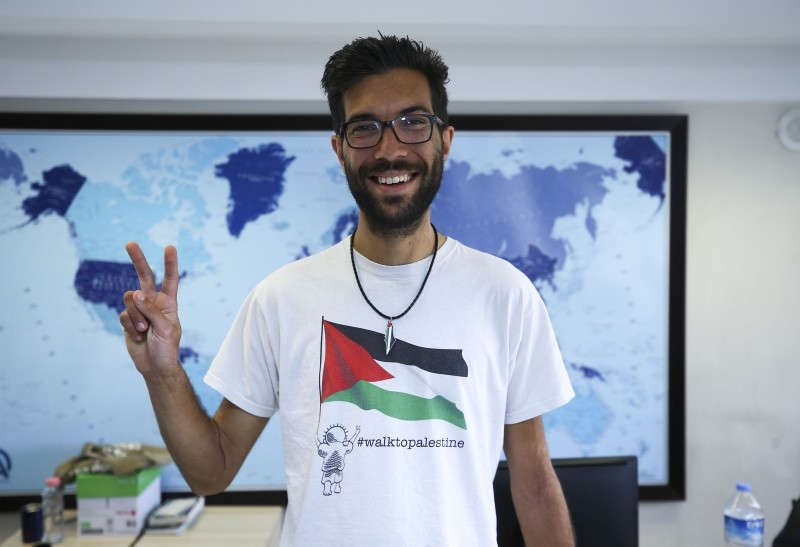 Swedish activist Benjamin Ladraa was not allowed by Israeli police to enter Palestine on Friday.

The 25-year-old began his walk to Palestine from Sweden nearly a year ago to raise awareness about human rights abuse in the occupied territory.

After arriving at the Israeli border from Jordan, he was barred from entering Palestine and kept in custody for six hours, Ladraa told Anadolu Agency after he returned to the Jordanian capital Amman.

He said he would continue his struggle until Palestinians get their freedom.

"I set off 11 months ago from Gothenburg and traveled on foot. I crossed many countries until I reach to the border of Palestine and walked about 5,000 kilometers. I will not give up my struggle until Palestine is freed," Ladraa said, adding that he would return to Sweden by plane and embark on another journey.

"Now ask yourself why the Israeli state fears one Swedish man so much that they didn't allow him to enter the country they are occupying. This is the power of activism," Ladraa posted on his Facebook account on Friday.