Hamas, Israel reach ceasefire after a wave of strikes on Gaza 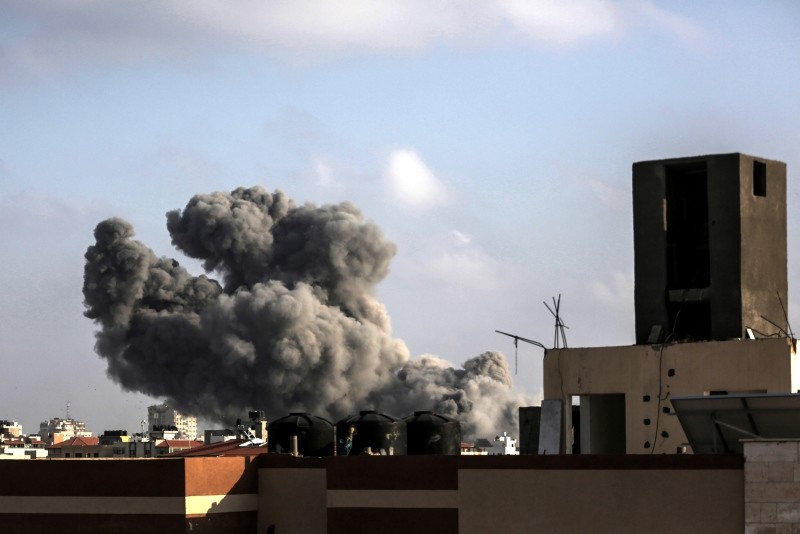 Hamas said Saturday it had reached a ceasefire with Israel brokered by Egypt after a wave of Israeli air strikes on the Gaza Strip and dozens of rockets fired from the Palestinian enclave in response.

Hamas spokesman Fawzi Barhoum said the Palestinian resistance group had agreed to an "Egyptian offer to return to a ceasefire to stop this escalation."

An Israeli military spokesman declined to comment, but said its actions would depend on what happens on the ground.

The Islamic Jihad Movement in Palestine also accepted the agreement with Israel to end the airstrikes.

Daoud Shiha, a spokesman of the movement, speaking to Anadolu Agency said the cease-fire came into force by 8.00 p.m. local time.

They will abide by the cease-fire as long as Israel does, Shiha said.

Earlier, Hamas spokesman Hazem Qassem also confirmed that officials from Egypt and some international sides, which he did not name, had contacted them.

Qassem said that he had told the sides that Israel started launching the airstrikes on Gaza and it was the Israeli military that has to stop the strikes.

The statements came after Israeli warplanes carried out a fresh wave of airstrikes across the blockaded Gaza Strip on Saturday, martyring two Palestinian children.

Stating that Hamas' stance over the cease-fire was "clear", Qassem also said that Palestinian groups would take a joint stance after consulting each other.

No statement has been provided by Egypt yet.

Amir al-Nimra, 15, and Luey Kuheyl ,14, were confirmed dead and 25 others were wounded in the airstrikes, according to the ministry.

Earlier, in a statement, the Israeli army said the attacks targeted 40 military sites belonging to Hamas in the northern city of Beit Lahiya.

The army added that 91 rockets were allegedly fired from Gaza to the Israeli side since morning.