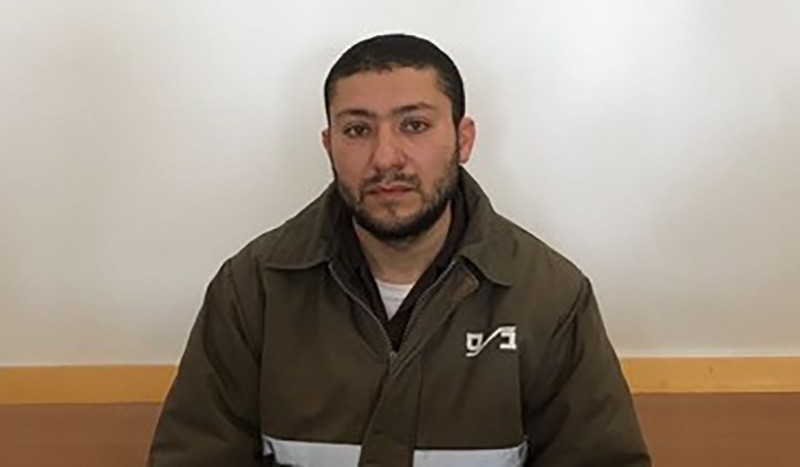 TIKA official Mohamed Murtaja attends a hearing at the Beersheba District Court in Israel in 2017. (AA Photo)
by Anadolu Agency
Jul 15, 2018 12:00 am

An Israeli court sentenced a Palestinian worker of Turkish Cooperation and Coordination Agency (TIKA) to nine years in prison on Sunday.

Mohamed Murtaja was the TIKA representative in the blockaded Gaza Strip.

He was convicted over six different charges, including being a member of Ezzedine al-Qassam Brigades, the armed wing of the Palestinian group Hamas, and siphoning financial resources to Hamas.

"Israel is very openly targeting Turkey's activities in Gaza and Palestine and giving a message to Turkey over Murtaja," Zabarka said.

A married father of four children, Murtaja has worked for TIKA in Gaza since 2012.

Wahid Burash, a U.N.-employed Palestinian, was sentenced to seven months in jail last year by an Israeli court for allegedly aiding the Gaza-based group.

In 2016, B'Tselem, an Israeli human rights organization that documents military violations in the West Bank, was accused of "treason" by the Israeli authorities.

Additionally, Israeli lawmakers had also voted in favor of legislation that would ban activists calling for a boycott on Israeli products from entering the country.