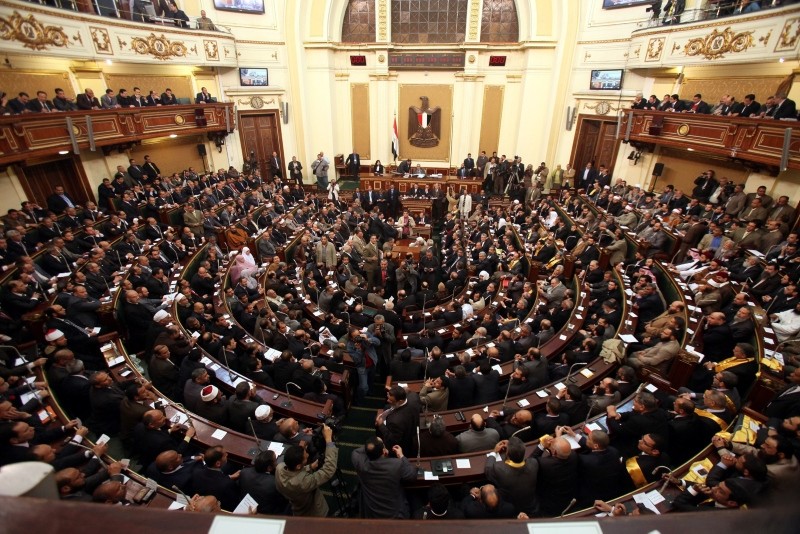 Egypt's parliament on Monday passed a draft bill that grants foreigners citizenship if they deposit the sum of at least 7 million Egyptian pounds, or about $391,000, in a local bank, save it there for five years and reside in the country during that period, among other criteria.

The draft bill, obtained by The Associated Press, still faces a final approval by the president, Abdel-Fattah el-Sissi, before it can become a law.

It has set off a storm of criticism by legislators and on social media networks.

Many Egyptians took to social media sites, lashing out at the draft bill which amends a 1960 law on granting citizenship and residence to foreigners. Prominent columnist Abdel-Azim Hammad suggested in a Facebook post on Sunday that the government should instead focus on "retrieving the money that was stolen and smuggled" out of Egypt, in a reference to businessmen who fled the country during its 2011 uprising.

The official MENA news agency on Monday quoted Parliament Speaker Ali Abdel-Aal also defending the bill and saying: "Some foreign residents enjoy (government) subsidies and services ... and in the end take the citizenship of another country, why not grant them Egyptian citizenship?"

Lawmaker Mohammed el-Sewidy, head of the Support Egypt Coalition, the majority block in the parliament, defended the bill. He argued that the proposed draft is "part of improving the investment climate" in Egypt.

The deliberation over the bill comes as Egypt presses ahead with a broader economic reform program that has included slashing subsidies, imposing a value-added tax and a currency flotation. The program has was designed to meet demands by the International Monetary Fund for a $12 billion bailout loan. Egypt secured the loan in 2016.

The tough austerity measures have won praise from economists and business leaders but have dealt a heavy blow to poor and middle-class Egyptians.

El-Sissi recently said that the reforms have put Egypt on "the right track" and urged patience as they take effect.

In an address to parliament in July, Prime Minister Mustafa Madbouly said citizens will start reaping the benefits of the reform program within two years.